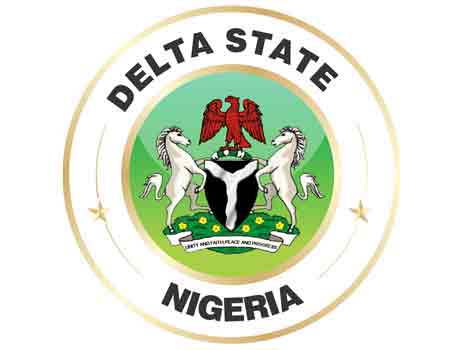 THE Joint Taskforce, Operation Delta Safe in the discharge of its mandate said troops of the OPDS have successfully unblocked the Ajakpa-Bolowo waterways which was blocked to allow free navigation of the waterways by the residents of the communities in the area, just as it stated that no innocent persons was shot in the gun duel that led to the death of notorious militant kingpin, Ossy Ibori early this week at Ajakpa community of Ese-Odo council in Ondo State.

Speaking with journalists in Yenagoa, Commander of the JTF, Rear Admiral Apochi Suleiman said the outfit is totally committed to protect oil and gas infrastructure and also rid the Niger Delta of all forms of criminalities.

He pointed that the Ajakpa-Bolowo waterways has been under blocked for the past four months, while residents were forced to compelled to access their communities through a long route, adding that it is now free for navigation and that the troops would continue to patrol the Niger Delta, including Southern Ondo terrorize by militants to allow unhindered movement of the public.

Continuing, Suleiman emphasized that the troops have also clear miscreants/militants in the area (Ajakpa-Bolowo), as well as their shrines and hideouts used as safe haven, stressing that arrest were made and some quantities of items of ammunitions were recovered.

The Commander, said further that sequel to the death of their leader, Ossy Ibori some of his gangs fled, but noted that the OPDS would continue to maintain their presence in the area to deter and apprehend all unrepentant criminals terrorizing the people of the area.

He, however, condole the families of the fallen heroes that paid the supreme sacrifice in the course of maintaining peace and security in the operation.

“They were dedicated, gallant laden with vigour and determination to protect their fatherland. I assure you that their sacrifice will never be in vein,” the JTF Commander said.

Suleiman lauded the public, media and the non-violent Niger Delta youth for their valuable support that has assisted the JTF in achieving its mandate in the region.

To this end, he reiterated that the OPDS in line with its mandate is irrevocably committed to protect oil and gas infrastructure and prevent militancy, sea robbery, crude oil theft and other forms of criminality within the joint area of operation.

Two cattle rustlers to die by hanging in Kogi

Blocking of waterways with dirt may cause flooding, APC chieftain warns