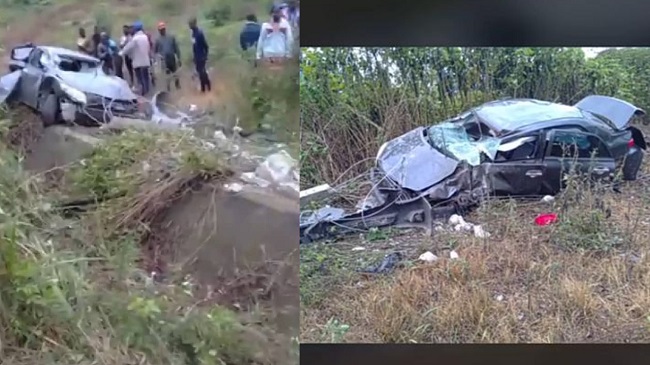 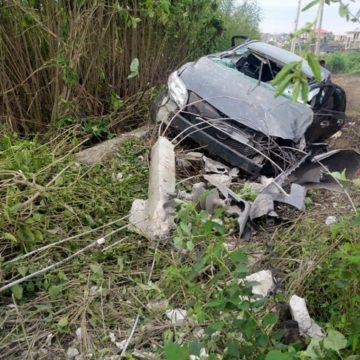 Though details surrounding the chase were still sketchy as of the time of filing this report, credible sources informed our correspondent that the suspected internet fraudsters’ car skidded off Oba Adesoji Aderemi East-West Bypass expressway, Osogbo into a ditch.

The accident, which occurred around 5.30 pm triggered a protest as aggrieved youths set bonfire at the frontage of the Government House, Oke Fia, just as the JTF operatives, who shot sporadically into the air managed to escape the scene.

Our correspondent gathered that the suspects, numbering four were inside a Toyota Corolla Sportscar marked KUJ 533 LY while being chased by the JTF before their car veered off the expressway and hit an electricity pole.

One of the occupants of the car died instantly, while the remaining three sustained severe injuries. Some aggrieved youths later carried the corpse of the deceased and dumped it in front of Government House, Oke Fia.

Unconfirmed report indicated two of them, who were rescued from the scene of the accident later died before they could receive medical attention. 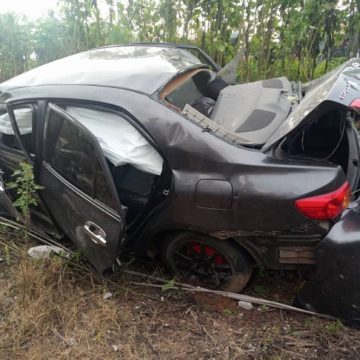 However, sources hinted that the suspected internet fraudsters were being chased by the JTF operatives from Osun Mall located at Fakunle area of Osogbo before their car crashed along Oba Adesoji Aderemi East-West Bypass.

The aggrieved youths subsequently vandalised a Toyota Hilux van belonging to the JTF in front of a popular supermarket around Alekuwodo area.

When contacted, the Special Adviser on Security to Governor Gboyega Oyetola, who also oversees the activities of the JTF, Mrs Abiodun Ige, said she was yet to get full details of the incident.