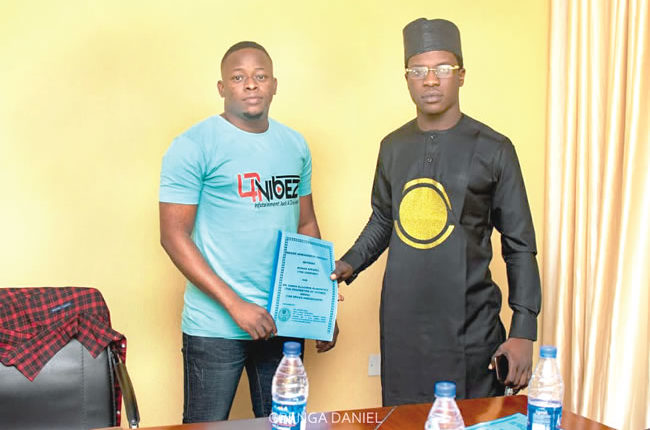 With the pandemic still restricting a lot of congregate activities,  social media influencers appear to be capitalising on the digital  wave that have forced brands to reinvent their approach to business  to stay afloat.

Days back, amid joy, Mohab Apparel welcomed social media  influencer, Oladuntoye Olajuwon as its brand ambassador in its bid  to enhance its business reach and break more grounds in the social  media circle.

As the new deal makes him brand ambassador and influencer for the  fashion house in Kwara State, Oladuntoye expressed his excitement  at the ambassadorial role and looks forward to using his influence  to draw attention to the growing brand.

The new deal was signed at Earl Legal Services Chamber with the  Principal Partner of Earl Legal Service, Ahmed Isau, representing  the CEO of Mohab Apparel Abdulrahman Mohammed, as Oladuntoye  believed that his relationship with the apparel would further push  his brand to the next level.

5 per cent tax: We will relocate to other states, entertainers tell Lagos govt