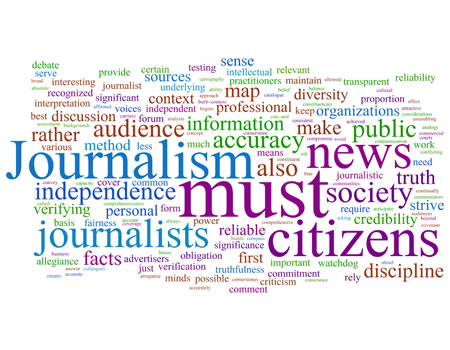 Journalists from Edo and Delta states will be trained on government audit reports by experts in forensic auditing, public finance and accounting, who will be joined by a group of top media practitioners.

According to the organisers, The two-day training was to achieve greater accountability by state governments.

Mr Chido Nwakanma, Training Coordinator for the FrontFoot Media Initiative, the organisers of the workshop, stated that the training would start in Benin on Wednesday with a two-day session for journalists in Edo and Delta.

“Fifty journalists will participate in the introductory Audit Reporting Training Workshops in the Edo State capital from Oct 5 to 6, and in Awka from Oct 17 to 18.

“They are the precursors to similar events planned for 2023 and 2024 in other parts of the country,” Nwakanma stated.

“At the two-day workshops, journalists will learn to mine state government audit reports for stories that will boost transparency and accountability in Nigeria.

“Each workshop will feature between 20 and 30 participants drawn from print, broadcast, and online media platforms,” Nwakanma said.

The training coordinator said the workshop was part of the Collaborative Media Engagement for Development Inclusivity and Accountability Project (C-Media) project of the Wole Soyinka Centre for Investigative Journalism.

The project, he said, was being sponsored by the MacArthur Foundation.

The FrontFoot official described audit reporting as central to promoting transparency and accountability in governance, critical levers to pull Nigeria out of the quagmire of corruption, poverty, and under-development.

He explained that FrontFoot Media Initiative, a non-profit, civil society organization was established to advance democracy and development in Nigeria and the African continent by enhancing the quality of journalism.

Reps to investigate TCN, GENCOs, others over recurring cases of national grid collapse