Journalists don’t like having sex, lawyers hardest to please in bedroom, research finds 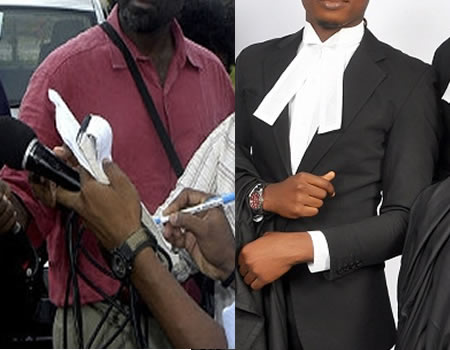 Latest sex research findings have shown that of all the professionals, journalists have been found to be less sexually active, as the majority of them don’t have time for sexual activities, while lawyers are said to be the hardest to be pleased by their spouses in the bedroom when having sex.

Hence, if your sex life leaves much to desired, your job may be to blame, the new survey says.

According to the survey by Lelo UK, it said 2,000 men and women were asked about their sex lives, as well as their occupation.

At the other end of the scale, journalists, it was said, appear to have the least sex, with one-fifth of respondents claiming they only have sex once a month.

Likewise, the survey also revealed that lawyers are the hardest to please in the bedroom, with 27 per cent admitting to faking an orgasm every time they have sex.

ALSO READ: Half of Brits have faked an orgasm because they’re embarrassed of their sex-face

An expert at LeloUK, the organisation that conducted the research, Kate Moyle, said: “Even within groups such as professions where there is a lot of similarities, we have to consider that there is a huge amount of individual differences impacting people’s sexuality and sex lives.

“However, what we may expect are some trends, for example, the level of physical activity in a career such as a farmer, rather than someone in an office setting may impact levels of fitness and energy.

But on the final analysis, the results revealed that farmers have the most sex, with over 33 per cent claiming to make love at least once a day.

COVID-19: Olu of Warri donates palliatives to journalists in Delta