Mr Ephraim Okon is the Resident Representative, Population Media Centre (PMC), Nigeria, which is currently anchoring a media project through a radio drama titled “Jolokoto”, in Yoruba language specifically to address social norms that contribute to population growth in Nigeria while supporting service provision. In this interview with TUNDE OGUNESAN, he sheds light on aims and objectives of the radio drama. 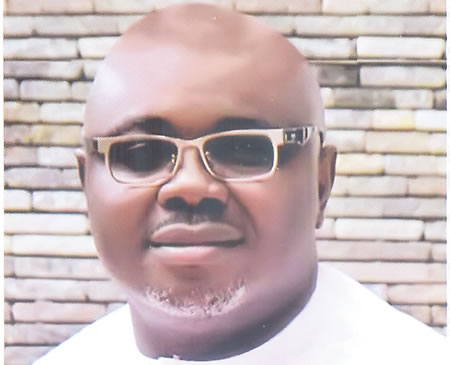 What is Population Media Centre (PMC), all about?

Population Media Centre (PMC) is an organisation that specialises in social and behaviourial change communication. PMC is headed by the President, William Ryerson. We have been in Nigeria since 2004, in fact, we started in Ibadan before we relocated our offices to Abuja around 2008/2009. Our difference lies in the fact that our dramas are long running serial dramas. We make it long running to be sure that we give ample opportunities to the audience bonding with the characters. So, what distinguished us from what others are doing is that our dramas are long running, minimum of 70 episodes and we have done 208 episodes so far on Nigeria. That sets up apart from other organisations that are into entertainment education. PMC is headed b

Today, PMC is proud to be launching its first radio serial drama in Yoruba language, Jolokoto. This is built on a long tradition of highly effective programmes in Hausa and Pidgin over a period of 13 years.

In the past 18 years, with Jolokoto now, we’ve done seven running radio serial dramas in Nigeria. In between, we’ve also done specific programmes for NFPA, UNICEF and UNDP. These are programmes we’ve specifically designed to meet the needs of those agencies UN system agencies group. So, PMC, is helping people to take informed decisions about their lifestyles, health, that is decisions that actually add value to whatever you’re doing.

We are wired to turn your issues into entertainment, and turn the entertainment to instrument of passing out message and educating people in the process. At the moment, PMC is working in over 50 countries of the world, and we have reached more than 500million people, helping them to change their lives, adopting healthier and better lifestyles.

What exactly informs the drama series ‘Jolokoto’ and the name?

We live in a dynamic society. We’ve seen the effect of global village and that what you think doesn’t affects you, indirectly affects you or most often affects you directly. So, Jolokoto is a concept, in fact that name has never been in existence but we just created it and I think by that, we have given Yoruba dictionary another word. Simply, it means ‘come and dance’, it means a reflection of life.

And you believe that with that name, it will pass across the same intended message to the target audience?

We don’t just do a drama, but a drama that is research based. One that is designed to measure impact in whatever we are doing. So, before we are creating a drama anywhere in the world, we go on a very solid permeating research to study the way of life of the people, vis-à-vis the way to be addressed and what makes people behave the way they behave. What makes them change, what value do we need to add, how do we influence people without telling them what to do but modelling their behaviour to look at what they could do in real sense. So, we are not here to tell you what to do, but we create the reality of what should be and you watch what’s on the television or listen if it’s on the radio and you see the large picture gradually and you’re able to say this character reflects me or reflects my mother, father, or reflects the reality around me. And then, people are ready to take informed decision without being told what to do.

Who are your target audiences?

The primary target of Jolokoto is basically adolescents between 14-19 years, male and female, people that are looking forward to planning their future. People that are looking forward to be the best they want to be, living their dreams and being able to achieve their future that you know doesn’t live in the dream alone but in reality. We also have a secondary target which is from age 20-45 years, male and female. We are also targeting the young families and the newly married.

At this point, let me state that it’s challenging when you don’t understand what it means to plan your family so that you will be able to invest in it. This is pinged on an adage which says “the more mouth you’re out to feed, the less it becomes relative for you to invest”. If you have many mouths to feed, all your income will be geared towards feeding those mouths. But if you have lesser mouth to feed, you start talking about investment for the future.

What is the duration of Jolokoto?

The programme started with a successful launch at the Hall of Grcae, Jogor Event Centre, Obafemi Awolowo stadium road, Ibadan, Oyo state, on Monday 8th July, 2019. In fact, people came from different strata of the society to attend the unveiling ceremony. From that launching, the programme is planned to run for a minimum of 15 months, that is, July 2019 to 25th August 2020. In between, there might be missed episodes, but we will make sure that all the broadcasting stations tuned up for the broadcast as scheduled as possible.

What is the involvement of government federal, state and local government in this project?

We can’t do anything without the government and for sustainability. If you don’t carry government along, I mean policy makers are not part of it, if the people on the streets are not part of it, it becomes an effort in futility. So, from the beginning, we have been working with the government with ministries of health, federal ministry of budget and national planning, and as a matter of fact, PMC has a host country agreement as an NGO working in Nigeria with the federal government.