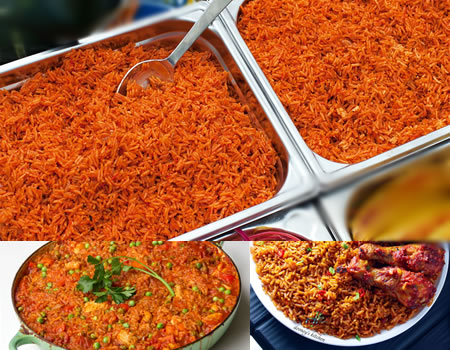 ON Saturday, the first leg of the Jollof rice war, to crown the best in terms of preparation of the delicacy came live at the Botanical Gander, University of Legon, Accra, Ghana. With Nigeria, Senegal, The Gambia and Ghana to the best chefs who thronged the venue to settle quickly the King of Jollof tice in Africa.

Most interestingly, after the cooking rounds, which have a Dutch and a Mexican from Netherlands and Mexico as judges, The Gambia won the Ghana Tourism Authority organised competition while Nigeria, Ghana and Senegal settled quickly for second, third and fourth place respectively.

Some of the people who are in attendance see it as a mile in culinary tourism in Africa while others see it as a brand product to sell domestically and internationally.

The competition, which featured Ghana, Gambia, Nigeria and Senegal, formed part of the “See Ghana, Eat Ghana, Wear Ghana, and Feel Ghana” campaign being championed by the GTA, under the auspices of the Ministry of Tourism, Culture and Creative Arts to promote local tourism on a global scale. It also served as a selection process for the Ghana Chef Association to choose the five chef coming to Lagos for the Akwaaba event.

Ms Felicia Aniagyei, the Acting Public Relations Manager of the GTA, in an interview with the Ghana News Agency, said the Jollof competition, which falls under the “Eat Ghana” module, was to encourage Ghanaians to be proud of their local dishes and patronise them wherever they went.

She said the occasion was also used to showcase some locally made cuisines including Kenkey with fish and rice balls and groundnut soup.

Ms Aniagyei noted that engaging other African countries in the competition was to help showcase the varieties of jollof rice and deepen the relationship among the participating countries.

On the Nigeria leg of the jollof rice competition, the Director-General of National Council of Arts and Culture, Otunba Segun Runsewe will declare the chef challenge organised Akwaaba Africa Travel market (AfTM) open on September 10, 2017 at the Eko Hotel and Suites, Lagos.

However the euphoria of the Jollof rice challenge has increase the enthusiasm of participating countries with chefs ready to hit the scene.

’The Chefs Association of Ghana (CAG) is seriously preparing for the Jollof Festival in Nigeria with five top chefs across the sub-region.

The history of the demand for restructuring in Nigeria

‘Kaduna set to generate billions of naira from culture sector’