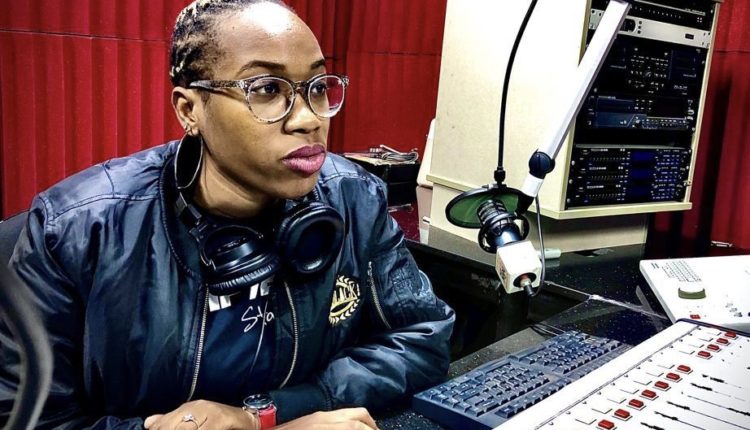 Nothing they say is strong enough to stop a mind determined to be great. This axiom appears to sit down well with radio girl and content strategist, Josephine ‘Jojo’ Amiegbe, whose career has been on rise in the last few years.

From her childhood days, Jojo as she’s fondly called had developed love for media as she recalled how her parents would tune to BBC Network Africa in the morning and Voice of America at night, setting the tone for her journey into media.

Her journey into the radio world did not start on a smooth ride but after a couple of attempts, she sealed her first opportunity in 2012 when she landed her radio job with Ray Power, Benin city, hosting different shows such as Sunny Side Up, Power Express, Power Play among others.

She was involved in Lockdown Entertainment ‘s music mix TV show in 2013/2014 until 2015 when she moved to Ibadan, the Oyo State capital to join Beat FM where she hosted the Morning Rush weekdays.

She emerged into a spontaneous radio queen who wormed herself into the hearts of many radio listeners in the city.

Speaking on her career and the journey so far, the on air personality who hails from Esan Local Government area of Edo State but born and bred in Lagos said being a radio host and media girl comes with enormous responsibilities but she would not trade her career for another, adding that those who know her would attest to the fact that she takes life as it comes.

Jojo said beneath her bubbling and active social media life lies a shy young lady, adding that she’s a shy person who loves to keep things real with whoever comes in contact with her.

In 2017, she was nominated for Best Female On Air personality of the year at the Exquisite Lady Of The Year (ELOY) Awards and participated actively in the coordination of the TedXMokola in Ibadan with influential speakers, including Oluwaseun Ayodeji Owosobi of Stand To End Rape and personal photographer to the Vice President, Tolanni Alli.

While she enjoys voice acting and voiceovers for radio jingles and radio dramas, the radio girl left Ibadan in 2020 for Lagos to join Urban 96.5 FM Lagos and she currently hosts Traffic the Urban Drive weekdays ‪and Touchdown 10.‬

As a music lover, she says she regularly updates her playlist ‘BLACKLIST’ on Apple Music, which features music from Africa, The Carribean, and the UK Grime scene.