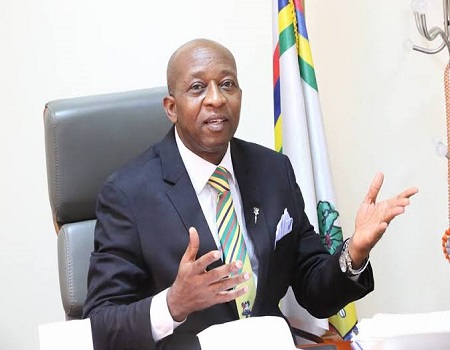 Mr Jude Idimogu, Member, Lagos House of Assembly, has appealled to Igbo people resident in Lagos to join hands with the ruling All Progressives Congress (APC) to make the state a better place for all.

Idimogu, representing Oshodi/Isolo Constituency II, made the appeal while addressing newsmen on Tuesday in Lagos.

“Today, APC is the party that is ruling in Nigeria and in Lagos State. Instead of protesting that we are being marginalised, let us stop marginalising ourselves,” he said.

According to the Lagos lawmaker, the Peoples’ Democratic Party (PDP) is just an old platform for the Igbos while the APC is the new platform as a national party.

Idimogu stated that the typical Ibo men were businessmen and were not concerned about the politics of government, but said: “we will gain a lot when we are fully involved in politics.”

“So, you must make room to know what politics is all about and you must try to influence those that are making policies that concern what you are doing.

“One policy can kill your business if you are not interested. It is high time they came out.

“I am not saying that all of them should contest elections, but you can influence political activities.

“We must now look at where we are; we are in Lagos State, let us look at the party that is controlling government in the state, it is the APC.

“If we are even looking at a party that can give Igbos the chance at the presidency, it is the APC,” Idimogu said.

He said that people of the South-East should realise that political positions were not just given but people must struggle for it.

Idimogu urged people of the South East to work in tandem and collaborate with people of other geo-political zones in order to achieve their goal.

Also speaking, the Chairman of Council of Ezes in Lagos State, Dr Christian Nwachukwu, noted that Idimogu was ready to mobilise the Ibos in the state for the APC.

Nwahuckwu, who said he was crowned by the late Oba Adeyinka Oyekan of Lagos in 1999, stated that Idimogu was ready to correct the past anomalies among the Ibos in the state.

He noted that the Gov. Babajide Sanwo-Olu of Lagos State did them proud by recognising Idimogu as the Apex Leader of Ndigbos in APC in Lagos State.

On the trial of Hushpuppi