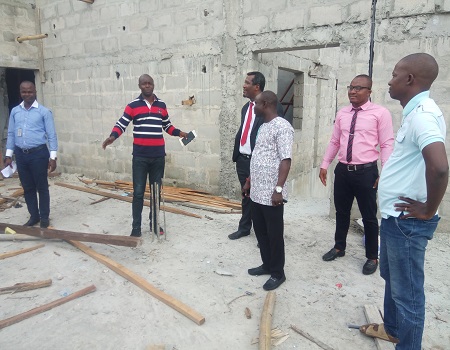 THE Association of Private Medical Practitioners of Nigeria (APMPN) has called on the Federal Government to permanently resolve the ongoing strike by members of the Joint Health Sector Unions (JOHESU) to avert comatose of the health sector.

The Chief Executive Officer of Lily Hospitals, Warri and member of APMPN, Dr Austin Okogun, gave the charge on Thursday during a visit to B Division Headquarters, Warri Area Command of the Nigeria Police.

He urged the FG to genuinely jaw-jaw with the striking medical staff with a view to ending the one a month old industrial action.

“Well, I’m in private practice, but that doesn’t say we are not concerned about it; the entire health system is in chaos.

“It’s very unfortunate what is going on and I think that the government needs to come out and fix this once and for all.

“I don’t want to say that the government’s approach to it is what is making it to get prolonged!

“You can only assess impact of lives lost and pains prolonged; I would rather that the government sit down and get everybody to the table and address this issue once and for all.

“The government should put a final fix to this whole thing; lives are being lost and it’s very unfortunate.

“I don’t know why there are strikes; what I’ve told my colleagues is that the more we do the strike, the less the confidence of government will be in investing in health care.

“If we are chaotic in the industry, then the money goes to the ministry of other people that are willing to use the money for something better.

“This is a service that has impacts on everybody and we need to take it more seriously. It’s a sad and embarrassing thing it should be fixed once and for all,” the medical doctor, who was accompanied by some of his colleagues, stated.

Speaking on the reason for visiting B Division, Dr Okogun disclosed that CSP Eyoh Anietie, who’s the Divisional Police Officer, has assisted hospitals and clinics in Warri and environs to ward off criminals harassing their businesses.

“Recently one of our members had his hospital attacked by robbers and so we thought that once one person had experienced it, it’s possible that other persons are going to experience it.

“So, we needed to come and see the DPO here to discuss with him on how to further secure ourselves and our patients and what we’ve got in our business in order to continue to render the kind of services we are supposed to be rendering to our people,” he noted.

He added that “we have a lot of confidence in the DPO here because since he came to this division, we’ve seen what he has done here, a lot of changes in the division as a whole and even in the local station here and we have a part to contribute to what he is doing.

“Seeing the way he did what he did with so much transparency, so with that same confidence, we came back to talk to him as a security expert to advise us on what we needed in our various hospitals to secure it and see how we can get quicker response from the police team in the event of any such incident.

“So, that’s why we are here and I think we had a very fulfilled meeting with him with an assurance that we are secured with what we have.”

Dr Okogun promised to contribute more to the completion of the ongoing modern building project embarked upon by CSP Anietie in the divisional headquarters.

He described the authorities of the station as honest, forthright and prudent in the management of resources given to them.

“The experience here has been a bit different since he (Anietie) came on board because I know that in the past, what you see is that one way or the other, people made you part away with money for whatever reasons you are there for.

“But since this DPO has been here, he made it quite open that you make donations to his cause, that is, trying to improve police performance, infrastructure and everything and you will see the money being spent.

“Sometimes, he would say ‘I’d rather take materials from you than money; give me blocks, rods, etc, I want to build and make the division more comfortable’ and I could say that over the years, the area has been more secure, incidences of robbery have reduced significantly unlike three years ago,” Okogun enthused.

Reacting to the visit, elated CSP Anietie, who thanked the group of medical practitioners for their contributions to the projects at hand so far, vowed to sustain the peace and security pervading his jurisdiction.

Anietie, who took the visitors round the project, also hinted that the Inspector General of Police, Ibrahim Idris, would be on hand to inaugurate it when completed.