JOHESU calls for probe of hearing on MDCN re-enactment bill

•Reorganisation of Senate Committee on Health 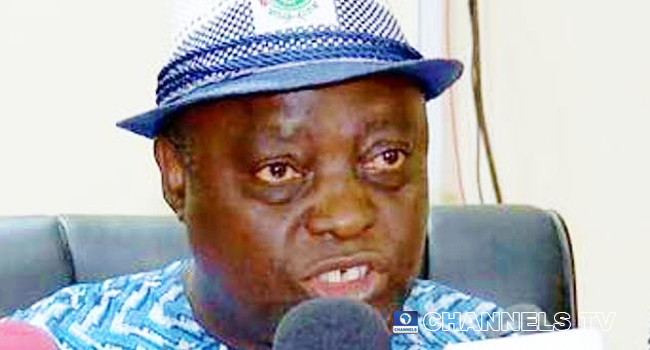 The Joint Health Sector Unions (JOHESU) has called on the leadership of the National Assembly to probe the February 1 public hearing conducted by the Senate Committee on Health, on the Medical and Dental Council of Nigeria (Repeal and Re-Enactment) Bill.

Besides, JOHESU called on the Senate President, Ahmad Lawal, to reorganise the Senate Committee on Health subsequently “to prevent vindictive purposelessness associated with the tendencies of the NMA hierarchy as epitomized by Dr. Oloriegbe.”

A statement signed by the Chairman of JOHESU and National President of Medical and Health Workers Union of Nigeria (MHWUN), Comrade Josiah Biobelemoye, said in respect of the now controversial hearing, “JOHESU therefore insists that the Senate must probe the February 1, 2021 hearing and reorganise the Senate Committee on Health.”

Describing the statement credited to the Nigeria Medical Association (NMA) that JOHESU is an unrecognized body, Comrade Biobelemoye described JOHESU as a legitimate conglomerate of 5 registered trade unions in the Health Sector; a metamorphosis from their old Joint Action Committees (JAC) with a more refined and structured depth to be truly impactful.

He said: “JOHESU has made Collective Bargaining Agreements (CBA) more convenient in terms of logistics for the Federal Government and State Governments because those Governments contend with one entity instead of 5.”

Comrade Biobelemoye added: “The reference to giving birth to other Health professions by Medicine is very ridiculous. All the health professions evolved from traditional and herbal medicine.

“Even if by default we accept the NMA’s claim, it is a matter of fact that the birth process by nature is sequential. One entity therefore must evolve before the other without taking away its rights and privileges like the NMA is noted for in Nigeria.

“The grab-grab syndrome and know it all attitude of Nigerian Doctors is what has wrecked our Health System to become the hallmark of negative health indices as well as a wretched 187 out of 191 Health Systems globally.

“We therefore have a responsibility as loyal and dynamic citizens to reverse through constructive action especially by embracing global best practices in the Health options in ultimate public interest. JOHESU will continue to uphold this without caring about whose ox is gored.”

He pointed out that in healthcare practice, the health professions who work and manage Clinical Diagnostic Centres which are domiciled in Clinical/Medical Laboratories or X-ray Centres as well as related facilities, are Medical Laboratory Scientists.

He said: “You do not have to be rich in common-sense to appreciate that this is a direct violation of the professional privileges of Medical Laboratory Scientists and Radiographers who hold sway ordinarily in these diagnostic facilities.

“The NICN and several High Courts have validated the rights and powers of Medical Laboratory Scientists to take charge of the Medical Laboratory facilities through the instrumentality of the MLSCN Act, but even the FMOH aids its Medical Doctors to violate valid court orders and judgement in this regards.

“Presently, the litigations have shifted to the Appellate Court at the instance of Medical Groups who are not satisfied with the plethora of court judgements against them.

“We observed with dismay at the February 1, 2021 Public Hearing that when Oloriegbe was reeling out his ‘decree’ on the rules at that hearing, he insisted references must not be made to court processes or judgements.

“This is contrary to Order 41 of the Rules of Proceeding of the Senate which empowers the Senate to step down any matter that is pending in a law court when considering any Bill.

“In the light of the foregoing, Section 4(9) must be expunged from the MDCN bill in its entirety in conformity with Order 41 of the Senate rules.

“This draft cannot legitimize the unlawful act of sales and dispensing of drugs by Doctors under whatever guise. The attempts to portray other health-workers as dullards who want to get what they failed to get in school is lamentable.

“We challenge NMA again using some of the three best universities in Nigeria. The JAMB results at Obafemi Awolowo University (OAU), Ile-Ife was such that for the first time in recent years, Pharmacy and Medicine had the same cut-off mark. Pharmacy traditionally is higher than Medicine in that particular citadel of learning.

“Surprisingly, at least to many, Nursing had a higher cut-off mark than Medicine at OAU, Ile-Ife in the current academic year. At University of Lagos (UNILAG), the cut-off mark for Pharmacy and Dentistry was same, while at University of Ibadan (UI), Pharmacy was higher than Dentistry and Veterinary Medicine.”

The surprise visit made on Friday night by the leaders of the ruling All Progressives Congress (APC) to former President Goodluck Jonathan at his residence in Abuja triggered a stir in the major political camps, resulting in at least four possible theories..JOHESU calls for probe  JOHESU calls for probe