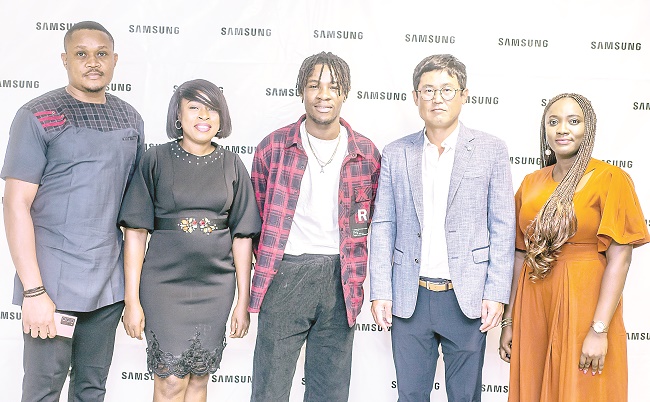 Samsung has announced the launch of a brand new addition to the Galaxy A series, the Galaxy A12. The stylish rear quad camera design features a 48MP main camera. According to its officials, together with the 6.5-inch large display and 5,000mAh massive battery, the Galaxy A12 is the affordable device that offers an incredibly wide array of features Nigerians want.

“With the launch of the Galaxy A12, Samsung Nigeria has entered the new year with a strong commitment to providing Galaxy fans with the amazing features at an unbelievable price. Through these new devices, A12, A02s and A02 we continue to showcase our commitment to listening to the needs of the Nigerian consumers and providing innovation for all”, said Iretiogo Oke, Head of Marketing at Samsung Nigeria.

Samsung Galaxy A12 is equipped with a stylishly designed quad rear camera so you can easily capture wonderful moments and share happiness with friends and families. The Galaxy A12 is available in three vivid and unique colours: black, white and blue. Combining truly awesome features for an awesome price, the device promises to change the game for everyone.

The Galaxy A12 has a massive 5,000mAh battery reservoir, enough power to make sure you get through your day uninterrupted. When you do need to power back up, 15W fast charging makes short work of it.

The Galaxy A12 houses 4GB RAM with optional 64GB or 128GB internal memory. The A12’s powerful Octa-core 2.3 GHz MTK 6765 processor is optimised for gaming, so one can play your favourite games seamlessly.

With the introduction of these devices as well as the face of Galaxy A series, Joseph Akinwale Akinfenwa a.ka Joeboy, Samsung further reinforces their continuous drive in endearing their brands to consumers.