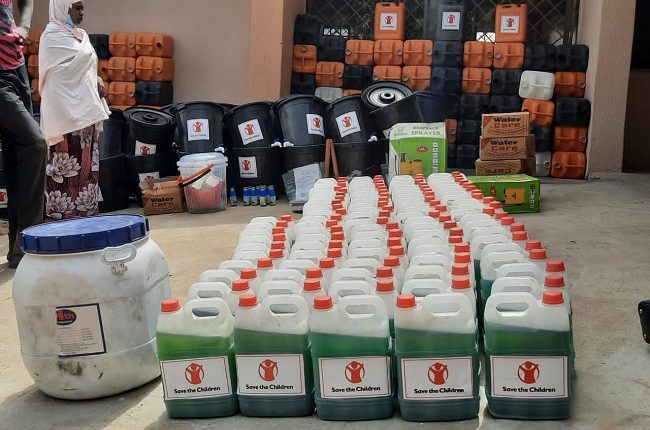 This was disclosed by the team leader of Birninkudu local cholera response team, Malam Bello Abdulkareem during distributions of sanitation materials to 1000 households across the ten local government area in Kangire village.

The Birninkudu cholera response team and health education officer of the area said *Save the Children International is providing support to Jigawa state for the prevention and control of cholera”.

According to him “the response intervention is going on in 10 LGAs, including Dutse, Ringim, Jahun, Garki, B/Kudu, Gwaram, Guri, M/Madori, Hadejia and Buji local government areas”.

He added that “among the SCI support to the local areas includes clinical interventions, such as training of health workers and supply of medical consumables and community- based interventions, such as training of community structures, distribution of non-food items to affected families, sensitization of community members about cholera prevention and water, hygiene and sanitation (WASH) interventions, including disinfection and water purification, environmental sanitation among others*.

“A total of 150 persons are being trained across 30 communities in 10 LGAs. The training is being facilitated by LGA cholera response team, who were also trained by Save the Children”.

Abdulkareem stated further that *also, 30 health workers have been trained by Save the Children International on cholera management and response from the 10 supported LGAs, and they are being supported to conduct step down training to more health workers in their LGAs”.