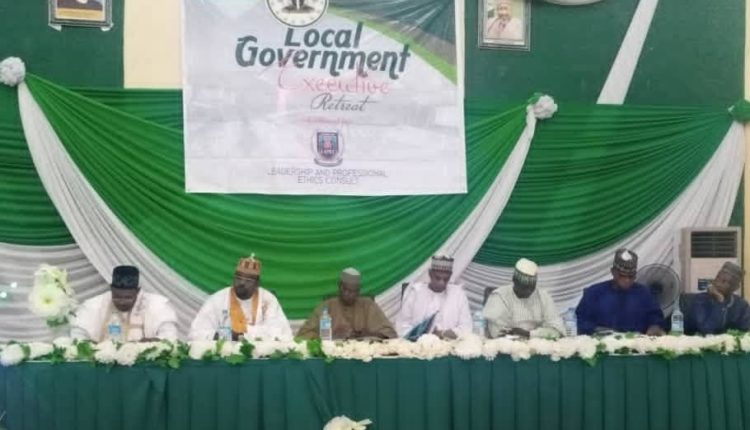 THE Jigawa State government through the ministry for local government and community development opened a two-day retreat on rule of law and effective leadership to the just elected local council chairmen and counsellors of the 27 local government councils of the state.

Speaking while declaring the treat open, the state’s commissioner for local government and community development, Alhaji Kabiru Hassan Sugungun has been charged the participants to abide by rule of law and leadership ethics in discharging their responsibilities and trust reposed on them.

Alhaji Kabiru Hassan Sugungun said, the retreat was organized and aimed at enhancing their capacity on effective leadership, rule of law and general responsibilities of local government councils as third tiers of government in Nigeria.

According to him, “the training is expected to inform you the role of each segment in steering the affairs of the local government as stipulated by Nigerian constitution.”

He explained that, “experts were also invited to provide technical advice and ideas on how the councils can improve their internally generated revenue, how to tackle the security, and economic challenges, land tussle and other existing bothering issues in their areas.”

Alhaji Sugungun further charged the participant to make best use of the idea and knowledge they acquired at the training for fulfilling the yearning aspirations of the electorates who voted them in to the office.

In his speech, the special adviser to the state governor on local government affairs, Hon. Khalid Ahmad charged the participant to  united themselves and deliver the dividend of democracy to their people according to APC philosophy.

He said the councils have a lot to learn from the leadership style of president Muhammad Buhari and Governor Muhammad Badaru Abubakar in terms of probity and transparency in managing public fund, as well as executing program and projects that could improve the social and economic life of the citizens.