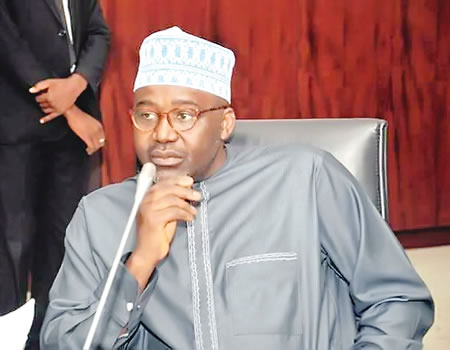 GOVERNOR Muhammadu Badaru Abubakar of Jigawa State has vowed to deal with anybody that was involved in the present decaying of some public hospitals in the state.

The Governor made the disclosure yesterday while speaking to news men shortly after his unscheduled visit to some public hospitals of Dutse, Birninkudu, Gwaram, Jahun and Ringim, the governor warned that anybody found wanting will be punished accordingly.

The Governor, who went round during inspections to some public hospitals within the state capital Dutse, such as Shekoni Specialist hospital Dutse, College of Nurse and Cottage hospitals of Kiyawa, Taura and Gwaram, expressed dissatisfaction and regret in some areas.

The Governor is said to strengthen and revamp the health sector, the state government has recently employed 150 health personnel in addition to the existing ones across the health facilities in the state.

He explained that when those sent to study medicine in China and Egypt return, it will further strengthen and boost the health sector as well as replace some vacant positions especially in hard to reach areas of the state where Doctors refuse to stay.

The Governor, who took time to visit Kiyawa, Jahun and Ringim Cottage hospitals and Jahun school of Health Technology unannounced, has been faced with challenges such as lack of enough water, epileptic power, inadequate toilet facilities and accommodations.

Therefore, the Governor stressed that from now hence forth the channel of communication will be flowing from the top down the ladder. “We will now improve on our feedback mechanism, from the Director, commissioner to the Governor where actions will be taken within 24 hours.”