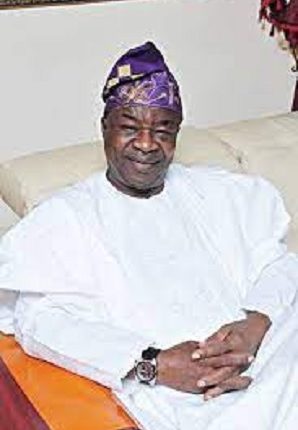 Prominent Actors in the Movie industry have showered encomiums on the veteran film-maker, Wale Adenuga OFR for his phenomenal contribution to the growth and development of the industry.

They made this known to Tribune Online via a telephone call in celebration of the veteran’s birthday today, 24th of September, 2021.

Wale Adenuga is a Cartoonist/publisher, and a series producer, best known for the publications Ikebe Super, Binta and Super Story, and their televised versions through his own production industry known as Wale Adenuga Production.

Speaking during the interview, An Ace Actor/Producer, Jide Kosoko described the celebrant as a silent achiever and one of the foremost filmmakers in the country.

The renowned producer also described the celebrant as an adherent of professionalism poised to yielding his platform for the promotion of upcoming artistes.

“This is a man that is a quiet achiever. A lot of people don’t know that he is one of the foremost filmmakers in Nigeria.

“This is a man who believes so much in professionalism. He is willing to use his platform to promote upcoming artistes.

“He is so professional that obeys contractual agreement not even 5 minutes late. He is highly supportive.

“He is one of those I have respect for. I know how much he worries me about how to promote the ethics of professionalism.

“I could recall that I featured in one of his soap operas, Papa Ajasco in 1983 when it was on celluloid,” Kosoko noted.

The Film Actor said that Celebrant’s experience in filmmaking is unmatched and unbeatable, adding that he has contributed immensely to the development of the entertainment industry.

He, therefore, wished him long life and prosperity as his wealth of experience is still needed for the better development of the sector.

“I cannot forget he gave me some money when he learnt I gained admission into Olabisi Onabanjo University.

“I have worked with him. I remember I took one of the principal roles in his soap opera, Nneka.

“There is no doubt that he has contributed immensely to the growth of the entertainment industry.

“I wish him long life and prosperity because we still need him around. I wish him the best,” Odule noted.

In spite of the huge investment in the water sector by the government and international organisations, water scarcity has grown to become a perennial nightmare for residents of Abeokuta, the Ogun State capital. This report x-rays the lives and experiences of residents in getting clean, potable and affordable water amidst the surge of COVID-19 cases in the state…  Jide Kosoko, Dele Odule eulogise veteran filmmaker, Wale Adenuga on birthday