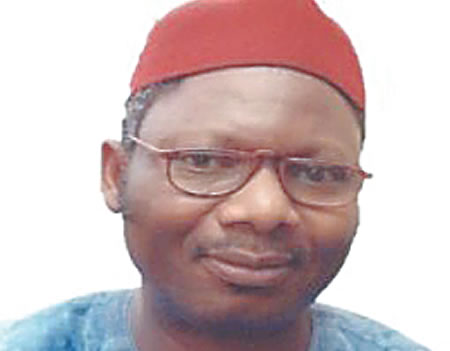 A Professor of Political Science in the University of Ibadan, OBC Nwolise has reiterated calls on the federal government to revisit some of the recommendations of the 2014 National Conference as a way out of the various challenges affecting the country.

According to Nwolise, jettisoning every recommendation of the conference amounted to an insult of the collective intelligence of Nigerians with impunity.

Nwolise who was the guest speaker at the Samuel Ladoke Akintola Memorial Lecture, held at House of Chiefs, Ibadan, on Thursday, said the federal government should only pick a few of the recommendations to address security challenges, threats to national coexistence among other challenges.

Speaking in view of current security challenges, he noted that the nation would not know peace except government at all levels ensured justice in the distribution of the nation’s resources, addressed the issue of huge unemployment through the provision of electricity.

Among other recommendations, he urged governments from federal to states and local level to establish strategic cabinet and brainboxes to think through their policies for relevance and coherence before they are implemented.

At the federal level, Nwolise said the federal government should have a cabinet comprising the President, Vice President, Senate President, Speaker of the House of Representatives, Attorney General of the Federation and National Chairman of the All Progressives Congress (APC).

While decrying quest for materialism by today’s leaders, Nwolise said the nation should discover and abide by the values of its heroes like the late Chief Samuel Ladoke Akintola who were real nationalists and selflessly committed themselves to a united and prosperous Nigeria.

Governor Akinwunmi Ambode of Lagos State, who was another guest speaker, harped on the need for the nation’s political leader to promote strength in diversity as advanced by Akintola.

Ambode, represented by his Special Adviser on Overseas Affairs and Investment, Professor Ademola Abass, said the nation should not be regarded as a lost cause if all parts see themselves as being central to keeping the country united.

Also speaking, Chairman of the occasion, Justice Mahmud Nasir pleaded with Nigerians to tolerate and respect one another, and help in building a united and peaceful nation.

Drawing from the strides of leaders who founded Nigeria, Nasir prayed that today’s leaders be selfless and nationalistic in their leadership style.

Fayose chides Buhari over appointment of northerner as NIA DG