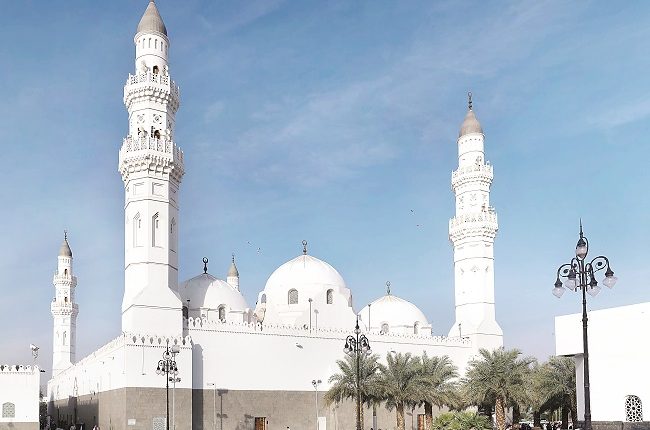 THE environment in which Jesus Christ was born and raised and his virtues and values deserve some attention and understanding. Almighty God, in His infinite mercies and power, created human beings in every possible shape and form to complete the four possible kinds of creation.

The choice of any kind of creation at a particular time connotes much intelligible and interesting phenomenon and they are all an act of the will of God. As regards the logically possible form of creation, the birth of Jesus Christ constitutes the fourth. The various forms are hypotheses for intelligent and broadminded human being. The beginning of Jesus Christ was controversial and so was his death. In-between, he was persistent in carrying out his mission, strengthened by the book of God, wisdom, the clear signs and the Holy Spirit from God.

Jesus of Nazareth (7BC- 30AD) was the son of Hebrew parents – Joseph and Mary. The ancestry of Joseph goes back to the line of Prophet Abraham. Joseph’s immediate ancestors were builders, carpenters, masons and blacksmiths while he was a carpenter and later a contractor.

Mary, the mother of Jesus, was a virgin and a lady of honour and dignity and was conceived of the Holy Spirit. She was an average woman of her day and generation. Mary’s ancestry, like Joseph’s, was characterised by the predominance of strong but average individuals relieved now and then by numerous outstanding personalities in the march of civilisation and the progressive evolution of religion. In culture and belief, Mary was a Jew but in hereditary endowment, she was more of a composite of Syrian, Hittite, Phoenician, Greek and Egyptian stock. Her racial inheritance being more general than that of Joseph (see ‘Religion: What to Believe’, authored by the writer of this article). Jesus’ lifework on Urantia was actually begun by John the Baptist. Zacharias, John’s father, belonged to the priesthood, while his mother, Elizabeth, was a member of the more prosperous branch of the same large family group to which Mary the mother of Jesus also belonged. Zacharias and Elizabeth had been married for many years and were childless. It was at the Temple of the Lord that angel Gabriel appeared to Zacharias and he was informed that his wife, despite her old age, would be the mother of a son (John the Baptist) who would prepare the way for the coming of Jesus (see Luke 1 vs 5-31, 57-79).

This was fulfilled in Judah in March 7 BC when angel Gabriel also appeared six months after that of Zacharias to Mary in her Nazareth home around 7 BC and informed her that she would be the mother of Jesus in some months’ time.

She later persuaded Joseph to let them go on a journey to Bethlehem, a place not far from the city of Judah, which is four miles west of Jerusalem. While on their trip for the census enrolment during the rule of King Herod I (73 BC- 4 BC), by the break of the day, the pangs of childbirth were well in evidence and at noon of August 6 BC, with the help and kind ministrations of fellow women travellers, Mary was delivered of male child and Jesus of Nazareth was born into the world.

He was wrapped in the clothes which Mary had brought along for such a contingency in a manger. Germane to this, on the eighth day, according to the Jewish tradition, he was circumcised and formally named Emmanuel.

Before his birth, some miracles happened in May 7 BC. There was an extraordinary conjunction of Jupiter and Saturn in the constellation of Pisces and also the visitation by the wise men with gifts for the holy child.

In another development, the massacre of male infants ordered by King Herod I took place about the middle of October 6 BC, when Jesus was a little over one year. The night before the commencement of the massacre, Joseph and Mary departed from Bethlehem with the child for Alexandria in Egypt on the funds provided by Zacharias. They sojourned in Alexandria for two full years, not returning to Bethlehem until after the death of King Herod I in 4 BC.

Astronomers were of the view that the birth of Jesus occurred in spring time rather than December 25 (Mrs Simone Daro Gossner of the US Naval Observatory quoted on p.12 of The Edmonton Journal of December 23, 1960). However, irrespective of the plausibility of the Christmas formulation, the birth of Jesus, to the pious Mary, was a miraculous action and an act of the will of Almighty God.

The mission which Almighty God entrusted to Jesus Christ was not salvation through atonement by blood sacrifice but salvation by virtue of right guidance and self discipline by quickening the stagnant minds and softening the hard souls.

It was to install the true religion of Almighty God and restore His revelations which had been misinterpreted and abused. Jesus Christ not only preached the word of God but also brought tangible signs and performed miracles in support of his mission. Logical and spiritual as well as supernatural and extraordinary proofs were provided by God in the hands of Jesus of Nazareth to show hardhearted people the true path of God.

Jesus Christ, despite his tolerance and peaceful nature, could not accept the hypocrisy of the children of Israel and their devotion to the letters of the law at the expense of its spirit. He was rejected and opposed by them and his death was actually plotted.

The impact of Jesus on human history is enormous and Christianity, over the course of time, has had far more adherents than any other religion.

Jesus formulated the basic ethical ideas as well as the spiritual outlook of the establishment of Christianity and its denominations. Jesus Christ left no writings behind and virtually all the information concerning his life comes from the accounts in the New Testament. However, it should be noted that Jesus preached the principle of ‘love your enemy’ (see Matthew 5 vs 43-48). He spoke in respect of the great and first commandment (Matthew 22 vs 36-40), and in Matthew 23 vs11-12, he said “the greatest among you shall be your servant.” He further stated that no one is good but God alone (Luke 18 vs 18-19).

Furthermore, the Bible states, “And you will know the truth and the truth will make you free” (John 8 v 32). The Qur’an also states, “And say: ‘Truth has (now) arrived and falsehood perished: for falsehood is (by its nature) bound to perish.’” (Surat Bani Israil 17:81).

It is pertinent to note that the acceptance of Jesus, son of Mary, by Muslims is a fundamental article of faith in Islam and a good Muslim should never ascribe to him any derogatory terms. The Islamic belief about Jesus Christ does not belittle his role or underestimate his character or degrade his great personality. Absolutely, Islam depicts him in the most respectable manner and places him in high status as God Himself has placed him.

Furthermore, it is imperative to note that Jesus Christ was distinguished in the beginning, at the time of his birth, and in the end, at the time of his ascension. He was a sign to the people and a mercy from God. Peace be on him and his fellow Prophets.

This is the truth of yesterday, today and tomorrow.

Sheikh Nojimudeen, an author, is the Chief Imam of Challenge Central Mosque, Ibadan.

The surprise visit made on Friday night by the leaders of the ruling All Progressives Congress (APC) to former President Goodluck Jonathan at his residence in Abuja triggered a stir in the major political camps, resulting in at least four possible theories..Distinguished in birth  Distinguished in birth