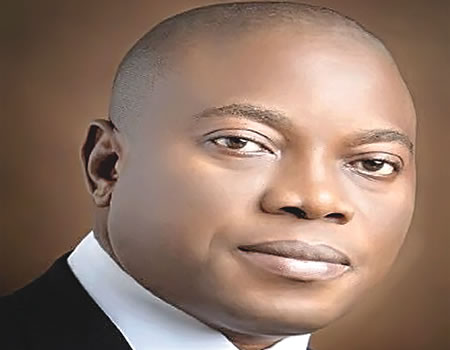 In this interview, former Special Adviser to ex-President Goodluck Jonathan on Niger Delta Affairs and chieftain of the Peoples Democratic Party (PDP), Dr Kingsley Kuku, speaks on the party’s chances in this week’s governorship election in Ondo State, the Independent National Electoral Commission’s (INEC) designation of flashpoints in the state and sundry issues. ABIODUN AWOLAJA brings some excerpts:

YOUR party, the Peoples Democratic Party (PDP), was able to pull off a surprise in Edo State with the victory of Governor Godwin Obaseki, but then it had the advantage of a sitting governor. Do you see a repeat of that feat in Ondo?

The PDP, my beloved party, truly has capacity, spread and historical acceptability across Ondo State, from the natural creeks of Arogbo Izon through the hills of Idanre to the aboriginal farmlands of Akokoland. The Edo feat can be repeated in Ondo State with the requisite attitude, tenacity and political neighbourhood watches on election day. The PDP national leadership, governors and state actors must sincerely work in consonance to win the governorship election in Ondo. Some leaders and governors in both the ruling All Progressives Congress (APC) and PDP are playing reckless politics of 2023 in, and with, these isolated elections in the country.

No political party in opposition, in serious climes, plays such dangerous internal politics with the lives and wellbeing of its teeming natural membership. The late Governor Olusegun Agagu and other leaders provided very sound and enduring structural foundations for our party. It was methodically built. We remember him these days again.

Political actors who lack our party orientation have created avoidable cracks in our fabric. We shall return to basics, the Agagu way of mobilisation and consolidation, rebuild our party, and rise up stronger and better. PDP is the most widespread, acceptable and service inclined party in Ondo State. We simply lack a political pointsman, a political striker.

A lot of people would expect you to be backing Ajayi, the candidate of the Zenith Labour Party (ZLP) and current deputy governor of the state since you are from the same senatorial district…

Honourable Agboola Alfred Ajayi is not just from my senatorial district; he is my friend and brother. We started practical politics together from same political family: the F.K. Ajih Political Lineage. He supported me with all the energy at his disposal to become a member of the Ondo State House of Assembly, and I supported him to become an elected chairman of our local government area, Ese-Odo.

We both contested the House of Representatives primary, he won and I supported him sincerely. As special adviser to former President Goodluck Jonathan, I respectfully worked with him to improve our lot . He wanted to be senator, but I thought otherwise and supported Pastor Yele Omogunwa to emerge. God Almighty made Honourable Agboola Ajayi the deputy governor of Ondo State. The deputy governor and I are from the same ethnic group, local government, Federal Constituency and Senatorial District. We are from same PDP political family.

Ordinarily, it can be said that I have every reason to support my friend and brother. Unfortunately, he is of the ZLP and I am unrepentantly a member of the PDP. No matter what, I shall and do stand with my party. He will understand. I pray that God protect him and grant him his destined paths.

What stands Eyitayo Jegede out from the pack?

My party’s candidate, Eyitayo Jegede (SAN), is a complete gentleman, a dedicated professional and astute administrator. Despite the seeming differences of today, I thank former Governor Olusegun Mimiko for tapping into his immense resources. Jegede is a peace, justice and development advocate. He will make a great governor of Ondo State.

No state truly develops sustainably without a practical sense of peace and justice to her citizenry. Eyitayo is an embodiment of that profound possibility. Despite the dynamics that produced him as our candidate and the justifiable agitation and unease in my beloved Southern Senatorial District, the PDP remains my home. We are the Ondo Pdp powerhouse. Let us sustain the Agagu legacy and soon; verily, it shall pay off. I plead and beg my people to vote the PDP.

A cheiftain of APC in Ondo State, Isaac Kekemeke, recently said in a video that went viral on the internet that Jegede and PDP cannot withstand federal might in Saturday’s election. How would you react to that?

Barrister Duerimini Isaac Kekemeke is my leader and older cousin. He is a very successful and effective legal practitioner. He was one of the few political actors that birthed the current political dispensation. He was a founding leader of the PDP. He is not of the frivolous ilk. He is a leader of peace. He meant no harm. I know and grew under him.

The APC can win if my party fails to coordinate efforts and energy sincerely on election day. Politics is practically about interests, ideas, sentiments and hopes. Governor Rotimi Akeredolu (SAN) is maternally from Ese-Odo, my local government area. He has picked a running mate from Ilaje local government area. You have leaders like Olusola Oke (SAN) and D. I. Kekemeke Esq. behind him from the South. I think the actual battleground is the south. The governor will have a great race in the south, don’t let impractical politicians deceive you.

How would you react to the designation of 62 polling units in Ese-Odo and Ilaje local government areas as flashpoints by the Independent National Electoral Commission?

I totally condemn the categorisation of units in Ese-Odo and Ilaje LGAs local government areas as flashpoints by INEC. It is a lazy and reckless pronouncement with dire implications for our people and environment. Ese-Odo and Ilaje have been peaceful. Despite incessant security attacks on our people and communities, the territory has always been predominantly calm and peaceful. The political attacks and fatal incidents recorded so far in Ondo State have taken place in Akure, Owo and other cities with massive security presence. No such has occurred in the oil-rich coastal local governments.

I strongly condemn this premeditated political assault by INEC which is capable of targeting particular candidate(s) with voter suppression effects. Political actors are merely scared of the ever-rising political consciousness of the gallant people of Ese-Odo and Ilaje local government areas. We must massively vote as usual and protect our votes.

INEC and its actors must remain neutral and impartial. It must stop endangering our people and communities unduly. It should simply conduct a free, fair and credible election October 10. INEC and the security agencies did well in Edo State. They should do the same in Ondo.

Why Senate is divided over nominees into PenCom board

Why we should adapt 1963 Constitution —Olanipekun