Latest NewsTop News
By From Hakeem Gbadamosi and Taiwo Amodu  On Jun 17, 2021 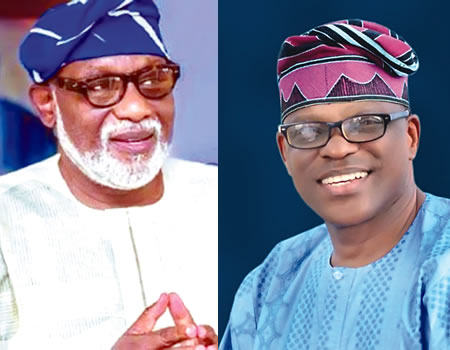 THE Court of Appeal in Akure, Ondo State, has dismissed the petition filed by the candidate of the Peoples Democratic Party (PDP) in the October 2020 governorship election in the state, Mr Eyitayo Jegede, against the election of Governor Rotimi Akeredolu of the All Progressives Congress (APC).

However, Jegede and the PDP have vowed to challenge the decision of the Appeal Court at the Supreme Court. Reading the lead judgment, Justice Theresa Ngolika Orji-Abadua, who led the five-man panel, while delivering the judgment via Zoom, said the case filed by Jegede lacked merit.

The panel upheld the judgment of the tribunal which validated the re-election of Governor Akeredolu. Justice Orji-Abadua of the appellate court came to a conclusion that the appeal lacked merit but noted that some of the grounds were meritorious.

The judges held that nonjoiner of Governor Mai Mala Buni as APC national caretaker chairman is fatal to the case of the petitioners. Justices H. A. Barka, Andenyangtso Ali and J.G Abudanga concurred to the judgment.

Jegede had approached the appellate court after the judgment of the tribunal on April 20, 2021 which dismissed his petition challenging the nomination and election of Akeredolu and Lucky Aiyedatiwa for lacking in merit.

Reacting, Akeredolu said the judgment is yet another opportunity for Jegede to join him in the greater task of taking the state to loftier and higher heights. He called on Jegede to do away with endless litigation and join him in building the state.

Speaking to newsmen in Abuja at the Ondo State Governor’s Lodge, Asokoro, shortly after the judgment, he said he never expressed any doubt that his mandate would be upheld, as he noted that the petition of the PDP candidate was premised on flimsy grounds.

“For me, it is clear, with God on our side, no matter where they went about this case, it will be the same result,” he said.

In a statement issued by the Ondo PDP publicity secretary, Kennedy Peretei, Jegede, however, said, “To the ordinary man in the street, the judgment was ‘inconclusive’ and we must approach the Supreme Court to help them conclude the judgment.

He, however, said “We are still studying the details of the judgment, by virtue of the fact that it was delivered via Zoom.

“But we have sufficient grounds to appeal the decision of the court. We are confident the Supreme Court, which is the highest court in the land, will do justice.”