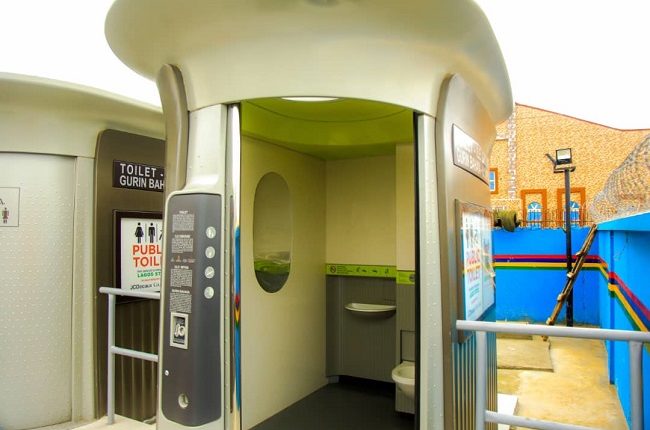 Two years after entering the Nigerian market via a partnership with Grace Lake Partners (GLP), globally renowned multinational, JCDecaux S.A., an international outdoor advertising company, has reiterated its commitment to the country by announcing an expansion of its innovative Lagos Traffic System (LATIS) with the addition of three new strategic routes across Lagos State in October 2020.

According to stakeholders, the announcement of the company’s new investments, which comes as other companies scale down on operations and investments due to the COVID-19 pandemic, is further proof of the Lagos State government’s commitment to ensuring the state’s viability as the number one destination for Foreign Direct Investment (FDI) in sub-Saharan Africa, and will further increase the over 200 jobs created by JCDecaux Grace Lake in the state.

The first of its kind LATIS project delivers a solution that gives citizens real-time information on traffic, through digital traffic arches at key junctions across Lagos. In just under two years, this traffic information system has helped ease traffic flow in the city by suggesting alternative routes and estimating times of arrival for travellers.

The data collated from the LATIS system has proved extremely valuable to the Lagos government, which continues to show support for the JCDecaux Grace Lake business whilst ensuring that multinational organisations are able to thrive and bring in much needed FDI.

Speaking on the announcement, the Country Manager, Nigeria, for JCDecaux Grace Lake, Mr Dele Odugbemi, said, “The impact of COVID-19 on the global economy has been tremendous and we have seen the shattering of business across the world, in major and developing economies alike.

“Fortunately, with the support we have received from the Lagos State government, we are thrilled to announce an expansion of our investments by increasing the number of routes on our LATIS network.

“As Lagos is an aspiring megacity, the data and traffic support provided by our LATIS network is extremely beneficial as it provides commuters with the information they need to make decisions regarding their travel times and schedules especially when traveling through notoriously congested routes.”

The LATIS expansion announcement also comes as JCDecaux Grace Lake increases the capacity of its innovative self-cleaning automatic public toilets programme, located at Lagos’ busiest bus stations. Launched in 2018, the toilets boasted a capacity of 40,000 people freely using the services every month. With the recent announcements, the toilets’ capacity will be increased by 100 per cent in October 2020, meaning that up to 80,000 people will now freely use the services every month when the toilets are re-opened in line with government-mandated COVID policies.

Speaking further, the Managing Partner of Grace Lake Partners, Mr Ladi Delano said: “The expansion of the LATIS network and increase of the public toilets’ capacity is indicative of our commitment to ensuring that we make critical investments in the communities where we operate. As we all continue to grapple with the impact of COVID-19, there is a need to also reinforce our belief and confidence in the Lagos economy and its people. LATIS has proved immensely beneficial to the people of Lagos State by providing citizens with the power to make informed travel choices, and also providing the government with real-time data to make decisions regarding infrastructure development and deployment of critical traffic and works’ personnel. We must also acknowledge the role of the Lagos State government in providing the necessary operational support to make these investments possible.”

Martin Sabbagh, the CEO, Middle East and Africa for JCDecaux, said: “Nigeria remains an important market for our business. Lagos, being its most populated city, is the economic hub of West Africa and therefore experiences significant vehicular traffic across major routes. Our LATIS network blends our expertise in digital innovation and street furniture to provide Lagosians with the power to make informed choices. This unique blend ultimately propels Lagos towards its megacity status, making life easier for citizens and boosting the economy in many ways. JCDecaux is proud to have partnered with Lagos State and we applaud all that the Government is doing to ensure the success of foreign businesses in the state.”