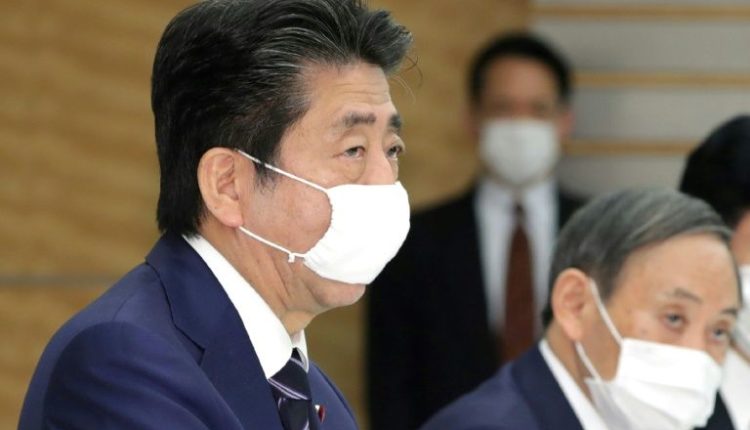 Japan will offer a cash payment of 100,000 yen ($930) to every resident, Prime Minister Shinzo Abe announced on Friday, as measures to contain the coronavirus decimate the world’s third-top economy, the Agence France Presse (AFP) has reported.

“We are moving quickly to deliver cash to all people,” Abe said in a televised news conference to explain his decision to expand a state of emergency nationwide.

An initial plan to provide three times that amount to households, which have seen incomes slashed because of the coronavirus, was ditched and Abe apologised for the confusion.

Japan has seen relatively few cases and deaths compared to hotspots in Europe and the United States but a recent spike in Tokyo — which logged a daily record 201 new cases on Friday — has sparked concern.

Abe initially declared a state of emergency in seven regions of the country but expanded this on Thursday to include the entire country.

He said this decision was taken in a bid to restrict domestic travel during the Golden Week holidays in late April and early May, when many Japanese leave cities to visit family elsewhere.

The state of emergency hands regional governors the power to demand people stay indoors but stops far short of restrictions seen elsewhere as there is no punishment for transgression.

Abe said authorities would reassess the situation on May 6 at the end of the public holiday, saying: “If we can all refrain from going out, we can drastically reduce the number of patients in two weeks.”

“The future depends on our behaviour,” said the prime minister, saying his goal for everyone to reduce social contact by at least 70 percent was not yet being achieved.

The Japanese economy was heading for recession even before the coronavirus crisis, contracting by 1.8 per cent in the final quarter of last year.

Since then, tourism has dropped by as much as 90 percent, industry and trade have ground to a halt and the virus forced the postponement of the Tokyo 2020 Olympics that was seen providing a boost to the economy.

Last month, Abe unveiled a package of stimulus measures worth around $1 trillion to protect jobs, bolster the medical sector and ease the pain for working families.

A delivery of two masks to each household also began on Friday, although the move has been greeted with much derision online.

No Peace In Nigeria Until Return To 1960 Constitution, 2014 Confab Report ― Adebanjo •Tackles Buhari, Tinubu for paying lip service to federalism, restructuring
Afenifere chieftain, Pa Ayo Adebanjo, on Thursday, said that will be no real peace in Nigeria until it returns to 1960 constitution. He also renewed calls for restructuring and federalism as critical factors for the nation to be… Read full story

Emirates Begins COVID-19 Blood Tests Before Boarding
Perhaps a sign of what the future holds for air travellers, Dubai-based airline Emirates has begun carrying out COVID-19 blood tests on passengers at the airport prior to flights… Read full story

Reps, Executive, Other Stakeholders Set Up Joint Committee On Free Electricity Supply To Nigerians
The House of Representatives and stakeholders in the power sector on Thursday resolved to set up a joint implementation committee on the proposed two-month free power supply to the poor and vulnerable Nigerians as part of the stimulus package aimed at alleviating the effects of the COVID-19 pandemic… Read full story