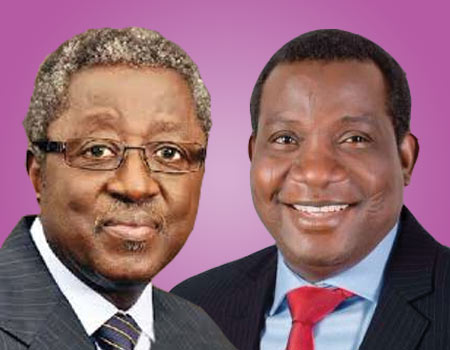 Former Plateau State governor and senator representing Plateau North, Senator Jonah Jang, has challenged his successor, Governor Simon Lalong to publish any known act of corruption against his administration as the governor of Plateau State.

“When they came in they packed all the files to the Economic and Financial Crimes Commission (EFCC), nothing was found. They instituted judicial commission of inquiry, nothing happen. To the surprise of many, the commission submitted voluminous report two days after its assignment. I challenge the Lalong-led administration to go to the press with any evidence of money I stole or starched away somewhere,” he said.

The former governor, who said his wish for Plateau was that successive governments after him should consolidate on his achievements, added that the success of his administration was collective, with the determination to succeed in spite of all odds.

“I hear they are investigating me because I probed former Governor Joshua Dariye. I want to put the record straight I did not investigate Dariye. When there was a deduction from allocation to the state, I contacted the Federal Ministry of Finance but was told that the deduction was as a result of ongoing projects in the state. But I never saw any ongoing project.”

“As a governor then I needed to find out and investigate where the money went into. That was what happened. But if anybody is to investigate me on account of that, I wish them good luck,” he said.

On the state of the Peoples’ Democratic Party (PDP) in the country, Jang said the party got to where it was because of immaturity exhibited by some members of the party, particularly regarding the imposition of candidates on party members.

“There is the need for maturity in the way we play politics in this country especially in PDP. We did a lot of things that we ought not to have done as party members. May be that was why God took power from us. We need to reflect and pursue genuine reconciliation if we want this party to regain its lost glory.”

“Let us forgive one another, some people are still aggrieved over what transpired in the last general election. We need to put the past behind us. I am not an angel, I made mistakes but don’t let us throw the baby away with bathwater.  I can assure you, there will be no more imposition,” he stated.

Speaking on the occasion, the state chairman of PDP, Honourable Damishi Sango said the party was at a vantage position to win the 2019 governorship election in the state, adding that this could only be possible if there was genuine reconciliation among members of the party.

Another seven killed, many injured in Plateau community