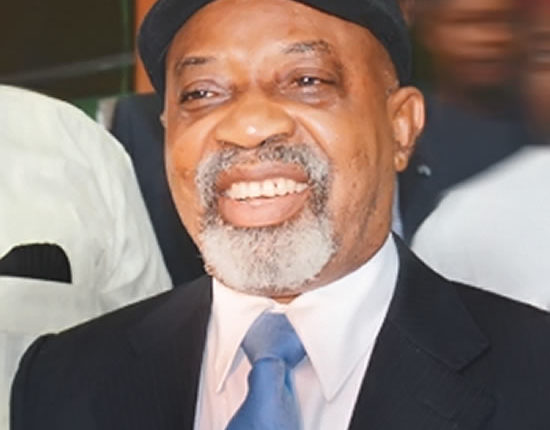 The Minister of Labour and Employment, Senator Chris Ngige, has declared that with the demise  of the elder statesman  and  former Lagos State Governor, Alhaji Lateef Jakande, Nigeria  has lost “a true Awoist with an unbending tenacity for the welfare and the upliftment of the masses.”

He said: “Jakande was one of the greatest of the governors of his time, whom I closely observed as a young medical doctor working in Lagos in the Second republic. He learnt at the feet of the Sage, Obafemi Awolowo, where progressivism was held with righteous tenacity and welfare of the people, topmost as an article of faith.

“His  landmark achievements in massive housing for all, education for all, health, public works, sports and youth development was a metaphor of a good master and a brilliant student.

“Interestingly, Jakande neither abandoned this philosophy with the exit of Awo, nor allowed it wither under decades of military aberration, which was a kink on the road to progressivism.

“Stubbornly rather, it expressed his stewardship as the Minister of Works and Housing under the Abacha regime, where massive housing programmes in Gwarimpa and Lugbe in Abuja as well as Banana Island in Lagos, amongst others stand tall.

“He will be sorely missed, particularly amongst us, the truly progressive stock in Nigerian political arena. His achievements both as governor and Minister of Works and Housing, will for a long time remain a parameter for assessing future leaders in the country. Both the judgement and verdict of history will certainly be kind to him.

“I send my heart-felt condolences to the Government and people of Lagos State and his  immediate family, the South West and Nigerians at  large for this great loss. May God grant him eternal rest.”