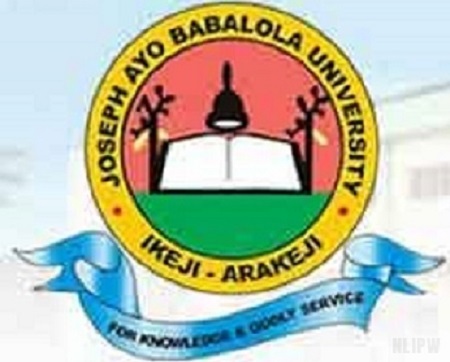 THE Acting Vice-Chancellor of Joseph Ayo Babalola University, (JABU) Prof Theophilus Olowokure, on Monday, called the Federal Government to stop further approval of private universities in the country, saying it is not helping the standard of education in Nigeria.

Olowokure who stated this during a press conference to herald the 9th Convocation ceremony of the institution, said apart from affecting the development of education negatively, he noted that it is dangerous for the future of Nigeria’s education.

According to him, many of true existing private institutions lacked the required infrastructure saying private universities in the country are facing serious survival challenges while most of them have failed to meet their annual admission quota.

He noted that most of these private universities charged high fees charged in while government continues to approve new private ones.

“Parents who can afford the private universities’ fees are very few because of the level of poverty in the country,” he said.

He, however, said, “Unless fees in public universities move closer to those in private universities or there is a phenomenal increase in the average income of the population, the admission problem will remain with us for many years.

“The high frequency which is necessitated by the need to cover high overhead costs has the effect of making parents of prospective students and their wards shun private universities in preference for public universities that charge relatively low fees.

“Government should stop issuing licenses to New private universities until admission situation of the existing ones improves significantly.”

Prof Olowokure disclosed that 608 students, from its seven colleges, would be conferred with honorary, bachelor, postgraduate diploma and Master’s degrees on Friday, January 25, 2019.

According to him, the best graduating student, Oladunmoye Alaba Emmanuel was from the Department of Accounting with CGPA of 4.78 and also qualified as a Chartered Accountant in his final year.

Other programmes slated for the events include; reunion service and convocation lecture with the title ” Education and Agricultural Value Chains for Industrialisation of Nigeria” to be delivered by former Vice-Chancellor of Obafemi Awolowo University, Prof Wale Omole.

2 years after, Buhari reinstates Bogoro as Executive Secretary of TETFund