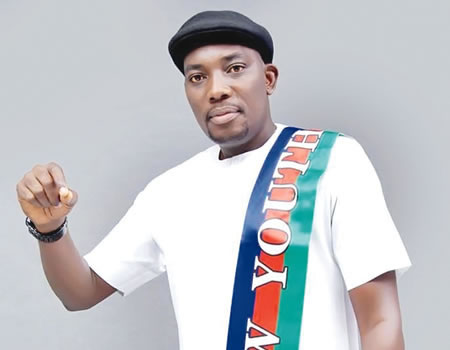 The Ijaw Youths Council (IYC) has slammed Governor Nyesom Wike of Rivers State for threatening to dethrone the Amayanabo of Kalabari over the private visit of the Bayelsa State governor, Seriake Dickson to his kingdom.

The IYC described the threat as, “not only an insult to the entire Ijaw nation but also a sacrilege to our sacred traditional institution,” saying Wike has crossed the Rubicon.

“The threat issued by the Rivers State Governor, His Excellency, Nyesom Wike to remove the revered Amayanabo of Kalabari over the private visit of the Bayelsa State Governor to the Kingdom is not only an insult to the entire Ijaw nation but also a sacrilege to our sacred traditional institution.

“The Rivers State governor has overstepped his bound for daring to insult and ridicule the Ijaw nation in such a despicable manner,” Pereotubo Oweilaemi, Esq., President, IYC worldwide, averred in a statement made available to journalists on Saturday.

While describing Governor Dickson as a law-abiding citizen of Nigeria who is free to move to anywhere in the country, IYC contended that the Bayelsa governor “does not need to seek permission from anybody including the Rivers State governor in taking a private visit to his fellow Ijaw people.”

“Similarly, Bayelsa State being the only homogeneous Ijaw State, its Governor is the number one political leader in Ijaw land.

“As a leader of Ijaw nation by reason of his position as the Governor of Bayelsa State, Rt. Hon. Henry Seriake Dickson or any other person occupying that exalted office can visit any Ijaw kingdom or community for the promotion of our oneness as Ijaw people and to build our national cohesion.

“Recall that in the course of promoting Ijaw unity, Governor Dickson on assumption of office in 2012 appointed Ijaw people from the six States where Ijaws are Aborigines into his Government.

“The same trend continues till date. Why will such a person who has been playing leadership role to Ijaw people should not be visiting the Ijaw communities?

“The governor has been paying visits to Ijaw clans in Akwa-Ibom, Rivers, Delta, Edo and Ondo States. The governors of these States know that Ijaw people anywhere in the world see the Bayelsa State governor as a governor to all Ijaw people,” the Ijaw youths enthused.

While calling on Governor Wike to not create unnecessary tension in Rivers State, the Ijaw youths affirmed that the Kalabari King had not erred by receiving the Bayelsa State governor at his domain.

The Ijaw youths, therefore, called on Governor to apologize to Ijaw people, especially the Kalabari Kingdom, “for reducing the Clan to such disrepute with his disdainful threat of eviction,” reiterating that
the “Ijaw nation will not allow her respected traditional institutions to be insulted with such impudence.”