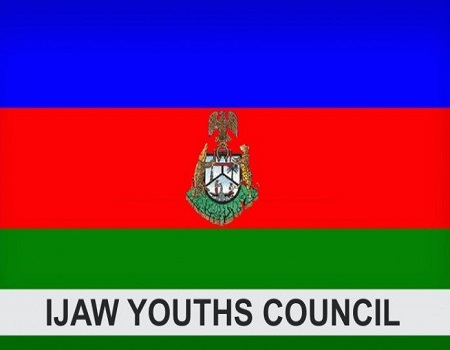 A Niger Delta activist and former chairman of Ijaw Youth Council (IYC) worldwide,  Mike Wenibowei, has appealed to President Muhammadu Buhari to urgently implement the recommendations of the Niger Delta Development Commission (NDDC) forensic audit report in order for a substantive board to be constituted.

The erstwhile Central Zonal chairman of the pan-Ijaw youth organisation gave the charge in an interview with newsmen in his office in Yenagoa, the Bayelsa State capital, on Tuesday.

While expressing disappointment at the level of financial recklessness that had taken place in the NDDC, the ljaw leader pointed out that if President Buhari could be sincere in the implementation of the audit report, many heads would roll across the country.

He described the wastage of over N6 trillion and abandonment of 13,777 projects by respective contractors to the commission as revealed by the forensic auditors as a painful disservice to the people of the Niger Delta region.

Wenibowei, who is also the  chairman of the IYC Elders’ Council (central zone), expressed pessimism that President Buhari would not be courageous enough to deal decisively with those involved in the  looting of the NDDC because many of them were members of his party who would be classified as ‘sacred cows.’

He described the NDDC audit report as mere diversionary exercise aimed at distracting Nigerians from the most disturbing issues of insecurity ranging from wonton killing and kidnapping of innocent Nigerians as well as economic hardship  facing  the country  presently.

He stated that it would be unfair for anyone to think that the rot in the NDDC was caused by people of the Niger Delta alone, adding that the shameless sleaze at the commission was committed by both Niger Delta people  and national leaders across the country and that all should be made to face the  wrath of the law no matter whose horse is gored.

Wenibowei stressed that singling out only Niger Delta people to blame for the financial malfeasance in the NDDC would be tantamount to an attempt to instigate the people of the oil-rich region against themselves and cause more insecurity in the area.

He said: “I know that the president will not do anything about the forensic audit report. In my own opinion, it’s a form of distraction. They are using this audit report to distract the Niger Delta people. We would be fighting  one another, while they are doing what they are doing.

“Definitely, the Presidency will not do anything about the audit report because they know that these people are  in government. We all know what happened when the Minister of Niger Delta Affairs, Senator  Godswill Akpabio, appeared before the National Assembly before the forensic audit started.

“Now that the report is out, l know that President  Buhari will not do anything about it. They know that the only safe and peaceful region in the country now is the Niger Delta region. So, they want to use this NDDC audit report to distract us so that we will begin to kill ourselves on the ground that Niger Delta people have stolen NDDC money.

“If the president will come out fair to name and prosecute those involved in  corruption in the NDDC, no matter their political affiliations, we will applaud him, but I know nothing will be done.”

Wenibowei also condemned  disunity among members of the current leadership of the Ijaw Youth Council, calling on the spokesman and other national executive members of council to work in union with the national president of IYC,  Peter Igbifa, to achieve set goals.