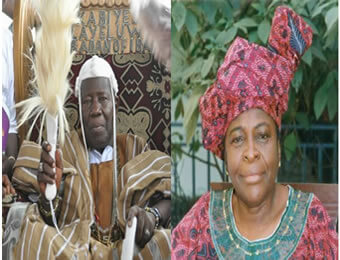 The Olubadan of Ibadanland, Oba Saliu Adetunji, has said that the Ibadan chieftaincy system led by the Iyalode, is designed to promote the active participation of women in the development of the society.

The Olubadan said this at the launch of a book, titled, “Nigerian Women Pioneers and Icons” written by Prof. Bolanle Awe, the first female lecturer in Nigeria, held at the MUSON Centre on Lagos Island, Lagos.

Oba Adetunji, while noting that Prof. (Mrs.) Awe, an indigene of Ibadan and also a chieftaincy holder was a clear example, also listed other distinguished Ibadan women to include the late Iyalode Wuraola Adepeju Esan, Batili Alake and Prof. (Mrs.) Jadesola Akande.

“Indeed the Ibadan chieftaincy system led by the Iyalode is designed to promote the active participation of women in the development of the society,” the Olubadan said.

Speaking on the book, the Oba, who was represented by the Asipa Olubadan, High Chief Eddy Oyewole, described it as a collection of essays, as well as a record of the history of some Nigerian women whose lives and achievements had distinguished them as outstanding individuals that had made notable contributions to the development of Nigeria.

According to him, their histories are particularly important because they are pioneers who earned themselves the distinction of being the first women to attain leadership positions in their chosen fields of human endeavor.

He, therefore, expressed the belief that these women, more than 30 in number, as chronicled in the book would serve as role models to young Nigerian women, “particularly in secondary schools, as they prepare to embark on their professional careers, as well as challenge them to also make positive and lasting contributions to the development of this country.”