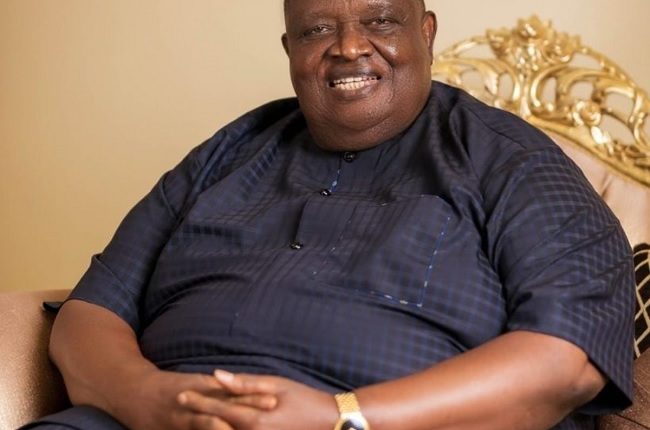 Former President of Nigeria, His Excellency Goodluck Jonathan has declared the Igbo leader Chief Emmanuel Iwuanyanwu deserves to be celebrated because of his numerous contributions to the development of the country.

Jonathan said this Saturday in Owerri as the Chairman of Lecture Series organized by the Correspondent’s of Nigeria Union of Journalists, NUJ, Imo State Council in honour of the 80th Birthday of Engr. Emmanuel Iwuanyanwu.

The former President while paying tributes to Chief Iwuanyanwu for his fatherly role, described him as a man of many colours and a meticulous investor whose positive story would guide the leaders of the country.

He said: “Iwuanyanwu is a man of victory and his songs tells a story and he has continued to place unity above parochial news”.

Speaking on the topic. “Igbo Quest for Nigeria’s Unity,” the former President said that for the unity of the country to be achieved, the stakeholders must come together.

While the topic would help to continue discussions on the unity of the country, he said that there is a need for the review of certain things.

He said: “As a nation, we have challenges, but we should not become slaves but rather always strike to adapt.”

The former President called on the youths of the country to take charge of their future by electing those who believe in the unity of the country.

Senator Dino Melaye is one of the spokespersons of the Atiku Presidential Campaign Organisation. In this interview by TAIWO AMODU, he explains the reasons why former vice president and candidate of the Peoples Democratic Party (PDP), Atiku Abubakar, remains the man to beat in next year’s presidential election…..

THE presidential candidate of the All Progressives Congress (APC), Senator Bola Tinubu, has commiserated with the Kano State governor, Abdullahi Ganduje, over the lives lost when a three-storey building collapsed at Kanti Kwari Market in the state….

NO fewer than six people were killed by suspected Fulani herders on Thursday in Umella village at the Mbawa ward of Guma Local Government Area of Benue State….

WIFE of the Lagos State governor, Dr Ibijoke Sanwo-Olu, has called on market stakeholders in the state to be sensitive and responsive to security concerns as a way to avert attacks……

How to avoid serving people “breakfast“

How to stay relevant in your industry