I’ve proved that not all politicians are liars, says Akeredolu 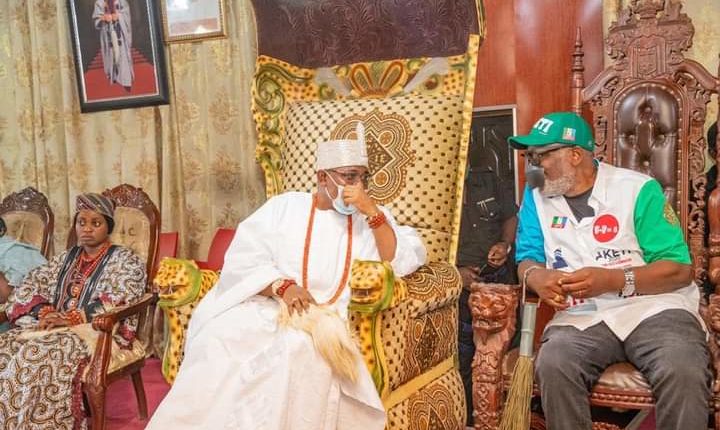 Ondo State Governor, Oluwarotimi Akeredolu, SAN, has said the manner at which he presided over the reign of governance in the state so far is an evidence that not all politicians are liars.

He also said if reelected for another term, Akure, the state capital, will be connected to the global economy. 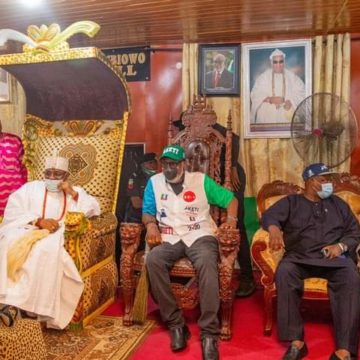 In a similar vein, the Deji of Akure and paramount ruler of Akure kingdom, Oba Ogunlade Aladetoyinbo Aladelusi, has described the governor as a noiseless achiever, saying “I never knew he could perform meritoriously as he did despite the bogus debts he inherited from his predecessor.”

Oba Aladelusi also described Akeredolu as a man that is too frank and sincere for the political system that operates in Nigeria, adding that “a straightforward man like you can only be encouraged by what tomorrow will say about your today.”

Speaking when he hosted the governor and his campaign team in his palace on Tuesday, the traditional ruler said Akeredolu has fulfilled his promises to the people of Akure kingdom, adding that “whoever says Governor Akeredolu has not performed, particularly in Akure would only be lying on what is visible.

“When Governor Akeredolu assumed office amid inherited debts running into billions, many people thought he wouldn’t perform. I wrote him off myself because he inherited a scaring debt. He inherited six months of unpaid salaries but today, he has almost completely paid all the arrears.

“I want to say without any fear or favour that our governor is too honest, frank and  straightforward for the Nigerian political environment. People like you only work for tomorrow, not today.

“Anyone that says Mr.Talk and Do didn’t perform in Akure is only lying. His work is all over the places. I never knew he could do much. But to my surprise, what he has done is even more than what those who met surplus did.

“Anyone that love Akure and believes in Akure, I will always love. The Governor is the architect of modern Akure. Our hospital that has been long abandoned is now wearing a new look courtesy of him. He’s almost dualising the whole of Akure. Aketi has done very well and he has appointed our people into government.”

How FG, States Lost N1.5 Trillion To ASUU Strikes —Investigation
INVESTIGATION has revealed that both the federal and state governments which are proprietors of public universities in Nigeria may have lost a huge sum of N1.5 trillion to the incessant strikes embarked upon by the Academic Staff Union of Universities (ASUU) since the nation’s return to democracy in…

Don’t Be Afraid Of COVID-19, Don’t Let It Dominate Your Life, Says Donald Trump After Leaving Hospital
United States President Donald Trump was discharged from Walter Reed National Military Medical Center on Monday evening to return to the White House, three days after being admitted to the hospital for treatment of complications from COVID-19, Yahoo News…

EXCLUSIVE: The Laycon Interview
I feel blessed and appreciative of everything that I am getting from everyone. I mean; I went into the house to promote my song and had no expectations of staying for more than two weeks. Now I am a trending topic on everyone’s lips. I am grateful for the love and appreciate every single person who has helped me get to where…

IGP Confirms Arrest Of FRSARS Operatives For Gross Misconducts •Says no going back on total reforms of outfit
The Inspector-General of Police, IGP Mohammed Abubakar Adamu on  Monday confirmed the arrest of some of the Operatives of the  Federal Anti-robbery Squad, FSARS who have been found to be unruly and unprofessional in their dealings with the citizens, particularly the…