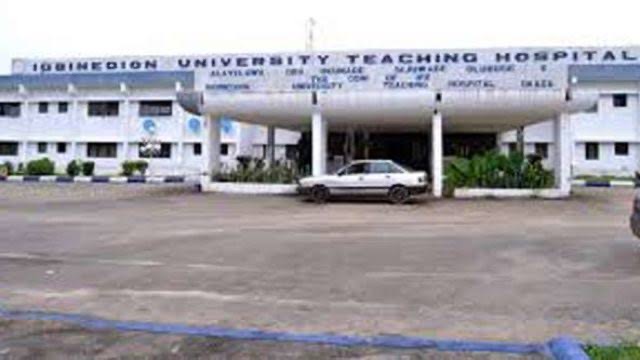 The Chief Medical Director (CMD) of the hospital, Prof. Godwin Nosa Bazuaye, who disclosed this on Sunday said that the beneficiaries were treated at the Benin centre of the teaching hospital in its ongoing free medical treatment programme.

Bazuaye, in an interactive session with newsmen in Benin city, added that many patients from within and outside the state had continued to besiege the hospital to be part of the programme.

While assuring the teeming crowd of patients that all would be attended to, the IUTH CMD announced that over 40 surgeries had so far been performed by a team of medical experts at no cost to the patients, noting that the Benin City Centre recorded a large turnout of patients numbering over 1,400.

He said hyenia, appendicitis and cartataracts top the the list of cases treated, promising that the exercise would continue till Saturday.

According to him, “Nurses and doctors attended to patients with various kinds of ailments, ranging from general out patients cases, orthopaedic, ophthalmology, gynaecological and surgery.”

“The IUTH free medical exercise is sponsored by the Esama of Benin and Honorary Romanian consul to Edo and Delta States of Nigeria, Chief Gabriel Osawaru Igbinedion, for the benefit of Nigerians irrespective of tribe or religious background and to compliment the effort of the Edo State Government on health insurance policy,” Bazuaye added.