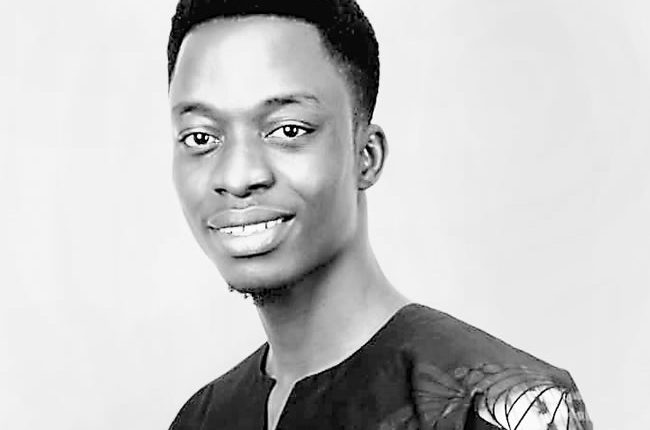 The winner of the 2021 Brunel International African Poetry Prize, Othuke Umukoro, speaks about his writing and vision in this interview.

OTHUKE Umukoro remains grounded despite his success. In May, the young man from Delta State emerged winner of the 2021 Brunel International African Poetry Prize with a cash reward of £3000.

Writer and Professor of Creative Writing at Brunel University London, Bernadine Evaristo initiated the award to develop, celebrate, and promote poetry from Africa in 2012.

While some would ride on the crest of their newfound success and fame to quickly release their latest works, Umukoro is not thinking along that line. He is not in a hurry to publish his debut collection of poems.

“Three or four years from now, maybe. I really can’t say. One thing I know is that I’m not going to rush my first full collection. I am going to take all the time in the world to birth it,” disclosed the writer who Brunel has always been a massive dream for.

Despite announcing himself grandly by winning the major prize, Umukoro won’t be resting on his oars. “The reward of hard work, they say, is more work. I might publish a chapbook in the coming years, but I have not decided on that yet. I would love to get an MFA in creative writing,” the young English Literature teacher in a private secondary school said.

Though he has gained fame from poetry, it’s not that genre alone that he has mastered. Umukoro also writes plays and short stories and has published a play, ‘Mortuary Encounters.’ “My focus in the past few years has been on poetry. I love writing plays, and I hope to get back to that form soon”.

While some critics believe that there are no platforms for young African writers, Umukoro thinks otherwise. “It’s not true. Thanks to the revolution brought by the internet, writers now have a plethora of online literary magazines where they can submit their works to. I don’t want to recommend any, but I spend a lot of time, because of their rich quality, reading works in The New Yorker, POETRY magazine and Poets.org.”

Nigeria is a prominent feature of Umukoro’s poetry, but his portrayal of the country is not flattering. Isn’t this worrisome for a young writer? His response: “I don’t think so. I think writers have a duty, maybe even a moral obligation, to unsilence our fears and burdens. To whitewash the worrying situations we currently find ourselves in this land will amount to perfidy, in my opinion. Language, for me, offers the opportunity to be truthful and critical. I want my poems to open conversations on issues that otherwise would be ignored. “

On how the pessimism he espouses in his poetry can be channelled for the emergence of a better country, Umukoro thinks, “the first step is to acknowledge that these wounds exist. Enough of the puppetry and pretension that is at play in our country. One of the major challenges we have in this country is the failure of our leadership to accept real honest criticism. We can’t move forward as a nation if we continue to see every act of criticism as an attempt to sabotage the government. Nigeria has many bright promises, and we must come to the table of brotherhood again to discuss how to get to the promised land.”

A music lover who grew up with music, it’s little surprise that his poetry is very lyrical and appropriates the song element as a metaphor for its realisation. Growing up with a mum who was a choir member contributed to the musical taste in his work.

But how much of his background influence is in his poetry? Who or what are his models?

How much of his Niger Delta roots are in his poetry?”I would say, currently, very little. I am devastated by the deplorable, virulent environmental state caused by the activities of oil companies in the area. Some of the poems I am currently working on are set against this backdrop.”

When Umukoro won the Brunel Prize, the Delta State Government, through Governor Ifeanyi Okowa, sent him a congratulatory message. How did that make him feel, and what platforms does he expect the government to put in place to harness abundant youth talent in the state?

“I was humbled and honoured by the news. I don’t know what is currently on the ground in the state. But the government can establish an Independent Art Agency that offers grants to writers, organises creative readings and workshops, and supports organisations promoting the works of writers in the state. This will go a long way in stamping the state’s foot on the literary scene in Nigeria. The state can also organise and publicise annual writing contests that will encourage creative writing among its citizens. Furthermore, the state can adopt the Poets in the Schools program where schools in the state, especially the public ones, invite a poet now and then to teach basic condiments (rhyme, imagery, metaphors, style, syntax etc.) of poetry and also organise reading workshops in the schools. A program like this will endear our children to the power of language, encourage reading, and increase self-confidence and critical thinking.