It’s Christmas, and time for a new social order 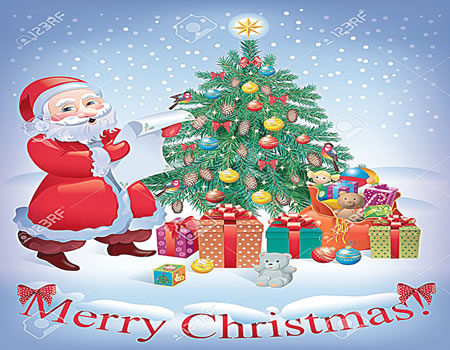 TODAY, around the world, Christians celebrate the birth of Jesus Christ of Nazareth, the Lord and Saviour of humanity, marking the lowly event that happened over 2,000 years ago with pomp and ceremony. Jesus, regarded by Christians as the sinless Son of God, was born of virgin birth in a manger and had no permanent residence throughout the three and a half years of his earthly ministry. And there is certainly no better occasion than this very moment to reflect on his life and the virtues that he held dear during his very short span of life on this planet. The man that the world celebrates today died at only 33 and a half years old, but his imprints on the sands of time have remained indelible, such that there has been no other person whose life has been dissected with comparable passion for generations and who has served as the symbol of hope for so many people. Leading a small band of disciples, Jesus was noted for his insistence on the love of God and humanity, his utter disdain for material wealth, and strong opposition to the corrupt social order.

Famous for healing the sick—the blind, the lame, the leperous, the deaf and dumb, the mentally infirm—and raising the dead, Jesus never built an empire for himself, announcing to whoever cared to listen that his kingdom was ‘not of this world’, that is, not of the present social order, but of the world to come in which truth, justice, righteousness and divine glory will be the defining features. Opposing the criminally minded political leadership of his day, he sought companionship with the poor and the downtrodden, widows and orphans, covering incredible mileage on foot, shunning luxury, and living a life of consideration for others. Regrettably, though, even among the vast majority of those professing allegiance to him, there has been little effort either to emulate his humble lifestyle or to love humanity with the kind of passion that compelled him to lay his life down on the Cross of Calvary. Presidents, governors, kings and other potentates speak of Jesus only when it is conveniently to do so for political reasons, but in their constant word and deed they would rather not have anything to do with him.

In Nigeria, as in other climes, robbers in high places, executive thieves, judicial Judases and legislative looters are today all celebrating Christmas. Content with Christmas as an annual ritual, they have issued wonderful statements in lofty prose and poetry, pointing to the eternal virtues of the Messiah and pontificating on the virtues of togetherness, brotherly love and social harmony. These virtues, which they fail to implement in their personal conduct as officers of the state, are nevertheless sine qua non to the progress and development of the human society, and, as in previous editorials, we call for sober reflections this Christmas. The leaders who cruise around in criminally long convoys, flaunting public wealth in the people’s faces, commandeering the commonwealth, abusing governmental powers, entrenching favouritism, nepotism and cronyism in high places and making life extremely difficult for the majority of Nigerians need to realise that they are on a steady road to perdition. They need to have a rethink and ask themselves serious questions: would Jesus, whom they say they are celebrating today, approve of their doings? If he wouldn’t, then why pretend to celebrate him?

Truth be told, this is yet another Christmas in pain and tears. The ugly phenomenon in most of the 36 states of the country last year when workers celebrated Christmas in debt and penury is still very much in force, and there is very little cause for cheer. Admittedly, though, in a tiny number of states, workers have already received their monthly entitlements. Across the land today, the spectre of poverty and deprivation looms large: the majority of the nation’s youths lack jobs and are seeking solace in drug abuse, prostitution, advance free fraud and other vices, and there is nothing to suggest that the situation will change very soon. Yet change the country must if the situation is not to degenerate into utter chaos.

We wish all Nigerians Merry Christmas and a Happy New Year in advance.

TB Joshua: Building nations one day at a time