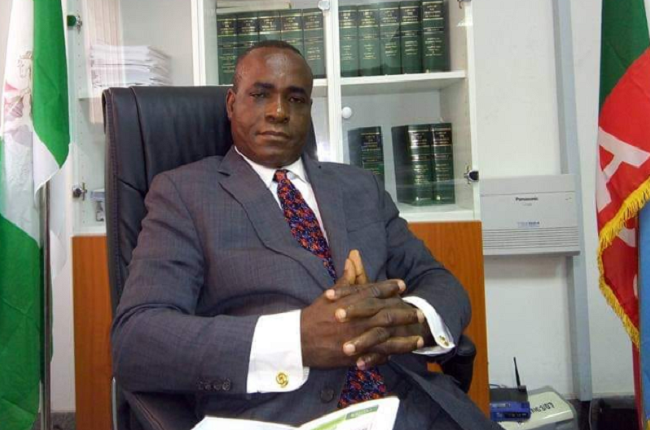 The Senior Special Assistant to the President on Niger Delta Affairs, Senator Ita Enang has urged the Niger Delta Youth Council to be active in making cases that ensure that all the regions of the country benefit from Federal Government Development Programmes.

Senator Ita Enang gave the charge when the Niger Delta Youth Council paid him a courtesy call in Abuja.

Speaking at the meeting, Senator Enang told them “what should be your concern is that if we are taking loans for road and rail projects or whatever developmental projects in this country, what the loan is taken to do is also done in your State and the Niger Delta region because it is Nigeria that will pay for the loan and not the state where the project is located”.

“So we should ask our Ministers, our Politicians, our Civil Servants to be alert so that they can also contribute to ensuring that when the loan is taken, it is also structured in a way that it will be beneficiary to all sections of the country”. He added

He cited the Debt Management Office Establishment act part vi and vii, page D12-8, adding that “It is the concurrent resolution of the two chambers in the same work that can allow the loan to be taken, when people, speaks they don’t speak in reference of this, only Nigeria that can guarantee a loan for state government”. He emphasized.

According to Senator Enang “these are the matter I thought I should draw your attention so that in making your advocacy, you should draw from intellectual basis” because there is nothing that President Buhari is doing that is not governed by the law.

“Any of the matter that your think is not governed by the law of this country, it is your right to go to court, let the court say, yes or no”. he added.

He also called on them to advocate that “it is the property or the investment in which the loan was taken to construct that is generating the income from which the loan is paid.

Senator Enang assured them that President Buhari is very determined to develop Nigeria and also conscious of every challenge the country is facing.

According to the Senator, “we should be conscious and anxious about the possible earthquake or tremor if the vacuum or void created by the taking of oil keeps causing the sinking of the earth down and that is why water is coming up for which we need shoreline protection “

The SSA called on the Niger Delta Youths to be concerned about this and bring about suggestions of replacement or resettlement of some communities because definitely, some communities have been submerged by the earth-crust.

Earlier The President-General of the Niger Delta Youth Council of Nigeria, Comrade Ebiesuwa Samuel Esa called on the President Buhari to assist the region in infrastructural development land reclamation.

He also pleads with the president to ensure that those with the 13% derivation fund do the needful by giving us developmental projects and every money voted for development of the region are used judiciously for the purposes it meant.