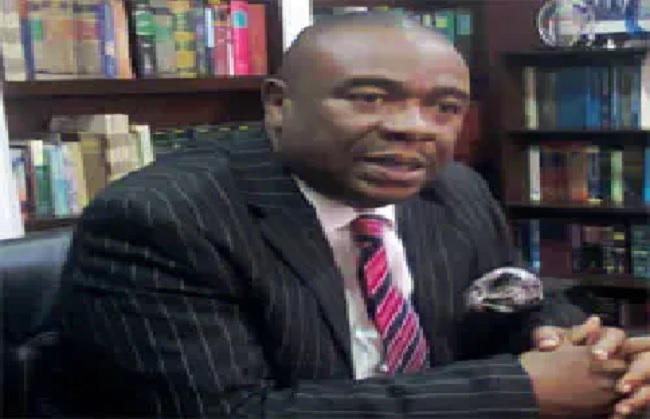 People demanding for the restructuring of the nation have been described as patriotic people who have embarked on national duty to save the nation from total collapse while those who are rigid about the current structure of Nigeria are the ones not serving the interest of the country well.

A gubernatorial candidate of the Social Democratic Party (SDP) in Oyo State, in the 2019 election and Senior Advocate of Nigeria, Chief Bolaji Ayorinde, made this known, on Monday, adding that the current system has become so dysfunctional over the years and there is considerable hopelessness in the land.

According to him, it is wrong for President Muhammadu Buhari and the National Assembly to ignore those calling for restructuring because “If you are the head of the family and there’s palpable tension at home whereby your wife and children are unhappy, you do not ignore them and discountenance their feelings. You must call them to the round table and discuss with them, this is what will make the home better.”

Ayorinde stated that the current system has become so dysfunctional over the years and there is considerable hopelessness in the land, adding that the call for restructuring is a patriotic call for a more perfect union.

“That call is so loud now; anyone ignoring it is not sincere. He urged the President and the National Assembly to listen to calls for the restructuring of Nigeria and take responsibility towards the effect. The federation is not properly structured and the gap between the top and bottom is too wide.

“Beyond rhetoric, politics and cosmetic overtures, we must have impactful programmes that will give our people hope. We must re-arrange the structure of government to enable strong states and local governments that can attend to the needs of the youth directly. If we keep distributing resources from Abuja, we are not going to achieve much. The clamour for true federalism has been vindicated.

“The centre cannot continue to hold onto the humungous exclusive list warning that it will always lead to failure. If the states have more resources, they are better positioned through the local governments to deliver a better society,” Ayorinde stated, describing the current system of government as “an ad hoc temporary solution to a challenge that emerged after the January 15, 1966 coup decapitated the central and most regional governments.”

Ayorinde stated that Nigeria has foundational challenges that need to be tackled with urgency. “Nigeria needs to be restructured. Just look at Nigeria today. This truth is staring us in our collective faces. The current ethnic and religious clashes bedevilling Nigeria are symptoms of the disease. They themselves are not the illness. We must address the root causes of the various symptoms of insecurity Nigeria now faces,” he advised.

He concluded that the country is on the brink of becoming a failed state, adding that devolution of powers to the states remains the way forward.