It is impossible to meter all customers – Sahara Group Boss 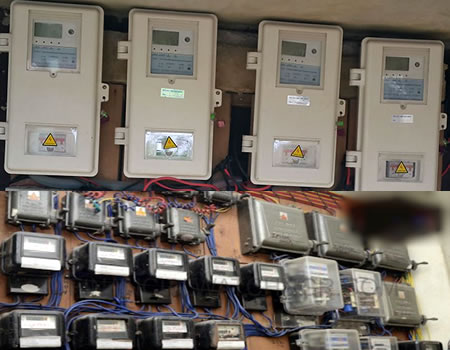 The Group Managing Director of Sahara Power Group Ltd, Mr Kola Adesina, has stated that it is impossible to meter all customers in Nigeria.

Speaking during the maiden Power sector Roundtable organised by Sahara Power Group Ltd in Lagos on Thursday, Adesina stated that “When I hear argument about metering, I wonder. I wondered because we argued about what should come last to come first. Estimated billing is a universal phenomenon, it is not a Nigerian thing.

“Everyone should not assume that it is only in Nigeria that you don’t have meters. It is definitely and certainly impossible for the universe as we have it today to be metered. That’s the reality.

“Interestingly, what I have put forward as to why we are where we are is the lack of trust. There’s nothing else but trust. These infrastructures do not do anything but to caliberate usage. Now, because of where we are coming from, and don’t forget about our history.”

He argued further the Government had the opportunity of running the utility for 53 years. “Government with huge budget at its beck and call could not meter 30 per cent of Nigerians in 53 years, now suddenly, five years down the line, we expect magic to happen.

“It is not possible. I have said this repeatedly, it is terrible fundamentals that make business economically feasible and bankable to make it financially liquid enough for every form of investment to break even, we are not there.

“When we invested at exchange rate of N157 to a dollar, when the tariff did not shift for two years post economic recession with the doubling of exchange rate in an industry that is largely foreign exchange exposed by way of requirement for success,” he argued.

He said further that economic reality has made commodity prices to double but tariff remains same.

He said it makes sense more to put the money invested in power sector elsewhere.

“Anyways, it is expected considering the backlash we have been receiving since 2013 because the sector is highly technical and we don’t expect pepper seller to understand the science behind electricity. What the customers need is to press the switch and there is light. That’s the only thing she wants to see, what goes behind the walls see doesn’t understand.

“If we are in that vantage position to make it work, can we please work together. The essence of this forum is not to blame anybody, and I made to say that emphatically. We are not here to blame government, we are not here to lampoon anybody but simply here to beg for understanding,” he enthused.

He however ended by urging everyone to embrace a framework of love and selfless in decision making.

Menwhile, the President, Consumer Advocacy Fpundation of Nigeria, Sola Salako, opined that the discos need to bridge the communication gap between them and the customers.
“You need the consumers to partner with you to make it work. Consumers need much education because there is gap in level of awareness. This is because credible customers are paying for those customers that are by-passing meters.

“But when I don’t know the reason why I should be paying for power which I didn’t consume, I won’t cooperate with you. Don’t come and tell us how much you are losing because I’m not interested and an average consumers are not interested but they feel you’re over charging them anyways.

“But if you explain to them that this is what happened. We give you crazy bill because people are by-passing meters and are not-paying, they will help you fish them out. Most importantly, we have to bridge that deficit of trust as soon as we can. After this, we can work as partners because we don’t want the sector to collapse,” she said.