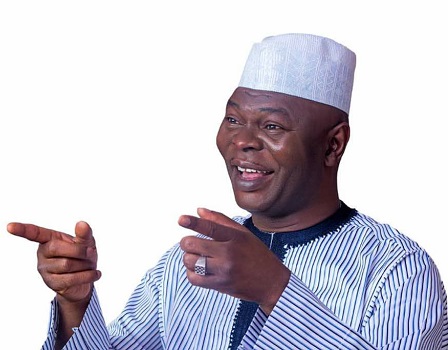 THE governorship aspirants of the People’s Democratic Party (PDP) in last Kogi PDP primary, Alhaji Abubakar Ibrahim has said that it is fallacy to describe the situation in the Kogi PDP as family politics.

This was contained in a statement issued on Monday by the Abubakar Ibrahim Campaign Office which a copy was made available to Nigerian Tribune in Lokoja.

According to the statement, former Governor Ibrahim Idris being the father of Alhaji Abubakar Ibrahim a strong contender for the PDP ticket on one hand and father-in-law to Engr. Musa Wada the party candidate on the other, is crucial to the resolution of the Kogi PDP crisis.

The statement noted that It is, however, a fallacy to describe the situation in the Kogi PDP as family politics. It is about the basic rudiments for internal democracy in our great party. Surely, the crisis is far beyond family politics.

The statement read thus, “Our attention has been drawn to a feature story in one of the national newspaper of Sunday, 20th November not Nigerian Tribune titled ‘Saraki’s panel gains big in Bayelsa, Kogi peace efforts” the publication is an analysis on the efforts currently being made to achieve reconciliation within the People’s Democratic Party, PDP in the two states.

“In its reference to the roles of former governor Ibrahim Idris, the writer among other things described the Kogi PDP crises as more of a ‘family politics than intraparty hitches’ and brought an ethnic slant into it. We want to state as follows:

“Our principal is not a villain as being painted in some quarters. He felt shortchanged in a democratic exercise and he followed party procedure to seek redress. Sadly, the party neither acknowledged his address nor his complaints.

“Abubakar Ibrahim is a peace-loving and law-abiding politician who hates cheating and believes in the rule of law. His decision to seek justice in the court is well within the ambits of his rights as a citizen of Nigeria. Since 2003 when he joined the PDP he has been a loyal and dedicated member.

“He is persuaded that given the fall out of the Sept. 3rd primary and the manner he was treated like an underdog, the judiciary remains the only place he could seek redress over his grievances.

“The future of any political organization is in God’s hand. The Ibrahim Idris political family is not playing God, but rather believes all groups are important and should be treated equally and fairly. Over the years, the group has displayed unbridled loyalty and dedication to the PDP. Certainly, such a group that enjoys formidable followership should have the right to ventilate its disappointment lawfully, whenever it is aggrieved.

” It is the wish of every right-thinking Kogite that the impasse will come to an end sooner than later. Abubakar Ibrahim welcomes any sincere and unbiased efforts based on the fundamental principles of fairness and natural justice to restore peace to our dear party,” the statement said.