It is childish to take marital problems to social media —Ayajuyole 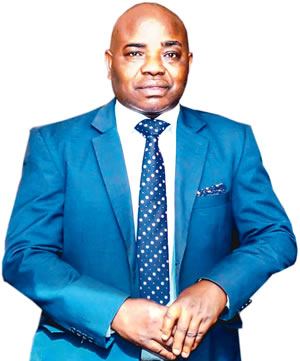 The entire country is currently suffering from insecurity; do you think the government is doing enough to put an end to it?

One of the primary responsibilities of any government is to secure the life and property of its citizens, and the government is clearly failing in this regard. There is a high level of insecurity nationwide and it appears the government does not even know what to do to put an end to this problem. It is not advisable to travel by road to several parts of this country as things stand. The unfortunate thing with insecurity is that it spreads widely and exponentially if not addressed promptly (which the government has failed to do), and it would be unwise for the relatively ‘safe’ areas in the country to believe they are exempted from this crisis.

The National youth service scheme has been in existence for decades now, and its purpose is to unite Nigeria. Do you think it is really serving its purpose? Do you think there have been any change in the programme from when it started, to how it is run these days? Do you think it should be scrapped?

The original idea of the NYSC scheme was to unify the country. You will recall that the scheme was introduced immediately after the civil war to act as an agent of integration and for youths to learn patriotism and loyalty to the country. Young people were posted to places that do not have the same culture and customs like theirs. The truth today is that the Nigerian factor has been allowed to affect the scheme – parents are able to ‘choose’ where their children will serve and in most cases, they choose cities in their part of the country. Although, to be fair, the aforementioned insecurity in several parts of the country is certainly a reason many parents feel the need to intervene and choose where their children serve.

Should the scheme be continued? I think so, but definitely not in its current state. There is a lot of work to be done to get back to the original purpose of the scheme, and to equip young graduates with necessary skills for the labour market. Insecurity should also be tackled so that young people can feel safe wherever they are posted within Nigeria.

What is your opinion on the warning that NYSC included in their handbook, notifying corps members of the danger in travelling to some states and about paying ransom? Do you think Nigerians have come to the point where we see insecurity as a norm in our society or have we come to accept it just as we accepted and have adapted to most things in Nigeria?

It was my son who pointed my attention to the warning and my first reaction was that of disbelief as I told him the country had not degenerated to that level where a government agency will openly admit their hopelessness and incompetence in combating kidnapping in the country.

I was surprised when the NYSC confirmed that it actually included that clause in the handbook. My opinion is that the government has openly accepted this crime as part of our society and that citizens unfortunately have to learn how to live with it.  It shows to me that the government is helpless in this situation and that the citizens should be saving to pay ransom to kidnappers and this realisation is horrifying.

What advice would you give to Christians in these trying times of inflation and economic crisis?

Christians are a part of the larger society and are not immune to the economic crisis and inflation.  If I want to advise Christians at this time, I will admonish them to listen to God and receive directions from Him. There was a time of severe famine in the Bible in Genesis 26 and it was common for people to move away to Egypt, but God told Isaac not to go like others and to remain in Gerar where God promised to bless him.  He stayed back, sowed in the land and God blessed Isaac as He had promised.  In spite of what is happening in the world today, Christians should stay true to God, continue to be faithful to Him and expect the blessings of God.  The reed cannot grow without water, but the Lord’s plants can and do flourish even when there is a drought. A godly man often grows best when his worldly circumstances are daunting – Jeremiah 17:8

In recent times, couples have been washing their dirty linens in public through social media; marriages are broken and relationships are torn apart. What would be your advice to Christian couples that are on the verge of divorce? Is venting their feeling through the social media an option?

One fact is clear, regardless of what we watch in movies and the stories about beautiful marriages or homes, no marriage is perfect.  There will always be storms in all marriages.  My advice is that when there are misunderstandings or conflicts in the home, the partners should make all efforts to settle the rift between themselves without involving a third party.

When this fails, they should seek counsel from marriage counsellors and their spiritual leaders. Something brought them together to become husband and wife; they should always remember the starting point and go back to the beginning. They should forgive each other. God is against divorce and the church too does not support divorce. It is childish to take one’s issues to the social media. What does that achieve? The partners should remember that whatever differences they have now may later be resolved, but social media will keep receipts of these matters. Couples should be wise in keeping their secrets secret.

What is your advice for the present government of the nation?

The present government should take the whole nation as its constituency as there is perceived injustices in appointments and sharing of the dividends of democracy. The government should ensure that the basic responsibility of leadership – security, provision of amenities, good economic policies to benefit the greater percentage of the populace is put in place. In essence, it should provide leadership and accept responsibility for its failures.

What changes would you love to see in this nation from the grassroots to the top?

The first thing is for Nigeria to become one entity and live in genuine love with one another.  We should not be concerned with tribe or colour. Right from the grassroots to the top, we should imbibe the habit of discipline and patriotism.  At all levels, we should all shun evil practices and be good examples to the coming generation. We should celebrate real achievements and stop celebrating people based on their wealth for which we do not know the source.

How has your experience been in ministry?

It has been a wonderful experience. What is really important is the availability of the individual because God will provide the resources to carry out the assignment. By the grace of God, the assignment has been going on smoothly so far by the support of God and the prayers of the saints.

What are the challenges you have faced since you became a cleric?

The challenges are the same faced by other Christians; that of trials, temptations, persecutions and as a minister, that of disloyalty by members and other leaders. Concerning my ministry, there are times when expectations are not met even when one has done his best. There are also criticisms or condemnations from people who should know better.

When and how did you receive the call into ministry?

Every Christian is a minister because ministry means to serve. Immediately after my conversion, I have been actively involved in the work of the ministry.  For the pastoral ministry, I resisted the urge and pressure to become a pastor until about 23 years ago. We organised a fasting and prayer programme to seek the face of the Lord regarding this to know His will. On the first night of the programme, I received a revelation where I was preaching and ministering to people. Three of us took part in the prayer programme and both of them also had confirmations of the revelation separately. To the glory of God, he has proved himself that He actually called me.

What advice would you give Christians generally?

For Christians, I will advise us all from 1 Corinthians 15:58, which says, “Therefore, my beloved brethren, be steadfast, immovable, always abounding in the work of the Lord, knowing that your labour is not in vain in the Lord.” All Christians should eagerly wait for the appearing of Jesus Christ at the rapture. We should not allow the situation of the present world to cause us to derail and to miss the rapture.

It is unfortunate people regard gospel singers as entertainers —Akintade

Abduction of 121 students in Kaduna: We paid ransom when govt didn’t help —Akanji

Oritsejafor: A fiery ‘defender of faith’