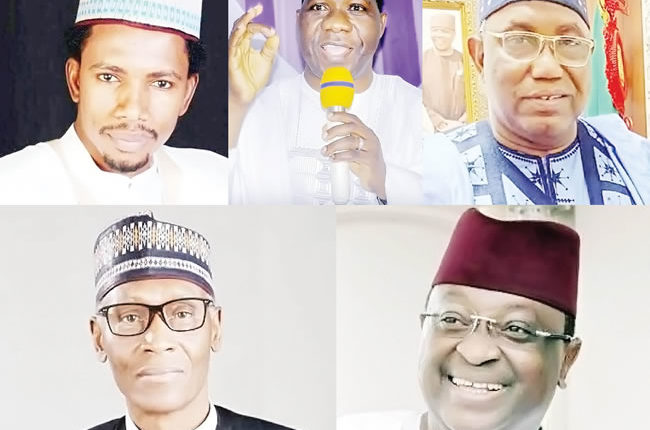 A cross section of senators have praised the ability of Nigerians to stay united in spite of various challenges that shook the nation to its foundation.

Senator representing Ekiti Central Senatorial District of Ekiti State, Senator Michael Opeyemi Bamidele, during the week was full of praise to God that Nigeria still remained a united country at 62 in spite of the storms witnessed in the past like the civil war, military incursion into democratic governance, poor management of the economy as well as insecurity of different manner, and nepotism.

He said Nigeria was a lucky country because it is not at war; saying some countries had gone to war or still at war without experiencing half of what Nigeria had witnessed in its nationhood.

“ So far so good; we thank God that Nigeria remains a united country, even though we have some invisible enemies to deal with in the name of terrorists,  kidnappers, bandits and all manners of unknown gunmen who are threatening lives and properties and the economy of our country. It is a sad commentary because this is the time we are planning to diversify from mono economy to agriculture and all these bad people are driving farmers away from their farms. The good news is that the current administration of President Muhammadu Buhari is on top of the situation.

“Having said that, we still have a lot  to celebrate,  especially achievements in the areas of infrastructural development, economic growth. We also need to commend the government for using less money to achieve so much.  I only have to plead that all hands must be on deck to tackle insecurity in the country”.

Senator Bamidele who is also the Chairman, Senate Committee on Judiciary, Human Rights and Legal Matters, who also doubles as the Chairman, Southern Senators’ Forum in the 9th Assembly noted that the legislative arm of government is playing its role towards stabilising the country.

He said “ a lot has happened by virtue of legislative actions especially the National Assembly is playing its role towards stabilising the nation’s democracy and economy. The Electoral Bill 2022 that was passed into law was one piece of legislation that the current National Assembly should be remembered for because it has put sanity into the electoral process.  Also, the Petroleum Industry Act has put the nation’s economy in good shape because it is helping to stabilise the oil sector which is a major source of revenue for the country”.

Another lawmaker, Senator Yusuf Abubakar Yusuf representing Taraba Central Senatorial District, who expressed joy for witnessing another independence anniversary of Nigeria commended President Buhari and the National Assembly for keeping the unity of Nigeria intact and for the sustainance of the nation’s democracy.

He said “I am older than Nigeria by four years. I am happy we are witnessing this independence anniversary and I pray for Nigeria to have many more years of economic and political stability . I also urge Nigerians to  be patient because it is not  easy to build a nation. I pray that Nigerians continue to do what is right at all time for the development of Nigeria and to make Nigeria a great nation”.

In his comment on the 62nd Independence anniversary, Senator Kabiru Gaya, who is representing Kano South Senatorial District harped on the need for Nigerians to support the leaders in the country to enable them perform well and contribute to make Nigeria a great nation.

He also called on politicians to play politics without bitterness as political parties commence campaigns towards the 2023 general elections.

Senator Gaya, who is also the Chairman Senate Committee on Independent National Electoral Commission drew the attention of politicians to the provisions of the Electoral Act 2022 which he  said kick against thuggery and address all forms of electoral malpractice.

“I am happy to rejoice with all Nigerians for witnessing the 62nd Independence anniversary.  I see Nigeria climbing steps to higher glory.

“I commend President Buhari for improving on infrastructures across the country and for providing purposeful leadership that keeps Nigeria on development paths.

“ Campaign has started and I am calling on all politicians to avoid using thugs in their campaigns because the Electoral Act and other laws that are in the pipeline make strong provisions against all forms of electoral malpractice including thuggery  in the coming 2023 elections”. he said.

Another parliamentarian, Senator Tolulope Odebiyi representing Ogun West Senatorial District, described the period of Nigeria’s 62nd Independence anniversary as a challenging time but noted that despite the challenges, Nigerians were still enjoying a united country as well as a democratic system of government.

According to him “there are still lots of work to be done.  Each and everyone of us should remain positive and think of how to contribute to the development of this country.  I always told people that you cannot have the type of country you expect if you do not participate, we all have the responsibility to try and build the kind of country that we want. I wish everybody a very happy independence anniversary “.

Another lawmaker, Senator Ishaku Elisha who represents Adamawa North senatorial district at the red chamber revealed his wish for Nigeria at 62. He wants a Nigeria that will rise above all vices,  a Nigeria where things work for the betterment of all citizens.

“My wish for Nigeria at 62 is to have a Nigeria that my children will be proud of,  not a Nigeria that they will be struggling and spend huge amount of dollars to visit another man’s country. A Nigeria where Nigerians will be able to vote for people based on their  competence, sincerity  and on their manifesto but not because of religious agenda or ethnicity; not a Nigeria that I am still struggling to survive even though I am a Senator.  I wish Nigeria a happy independence anniversary “

This is our last chance —Tinubu