ISWAP, Boko Haram evil that must be crushed by all ― Coalition 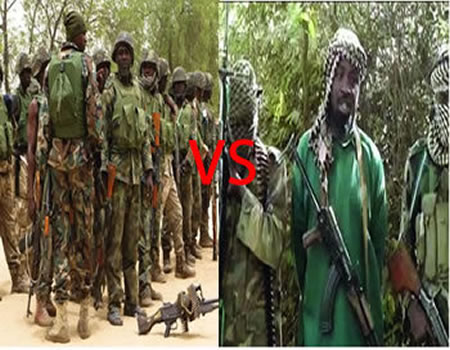 The Coalition for Truth and Justice has condemned in the strongest terms the atrocities being perpetrated by the Islamic State of West African Province, ISWAP, otherwise known as Boko Haram against the civilian population.

The group described the sect’s existence as an evil that must be completely wiped out of Nigeria and the entire West Africa sub-region.

This was part of the address delivered by Charles Timothy at a press conference in Abuja on Wednesday.

The coalition lamented that from all indications, ISWAP has been on a spree of violence intended to send terror into the heart of innocent citizens and have disproportionately targeted civilian.

It, therefore, called on the Nigerian Armed Forces to launch a punishing onslaught on the ISWAP terrorists since they have shown that they have no regard for the sanctity of life.

The statement reads below.

But we believe that if ISWAP terrorists have cause to believe that their days are numbered, which they are, they should beat their retreat or embrace their suicidal ends without bringing innocent civilians into their self-inflicted suffering.

ISWAP’s attacks have all the hallmark of a perversion that is intended to make the people suffer. This is why the terrorists are attacking farmers, markets and other locations that will negatively affect food supply. This mode of operation hints at a direct attempt to depopulate the entire region where the ISIS spawn is operating.

The Coalition for Truth and Justice condemns in the strongest terms these atrocities being perpetrated by ISWAP against the civilian population. We call on all men of good will across the world to rise up in total condemnation of the terror group and its inhuman activities. Terrorism has no place in our society and all those hiding behind terror to either destabilize Nigeria and the dignity of its people are a shame to the world and stand condemned.

This condemnation should be backed up by international action to flush the ISWAP terrorists out of the region, something that has become expedient as new evidence are now pointing to the fact that these terrorists are responsible for cases of daring kidnappings that they are using to raise funds for their evil activities.

Our condemnation is particularly apt because Nigeria had no business with ISWAP, no connection to the conditions that birthed the Islamic State, ISIS or ISIL, which implies that our citizens do not owe ISIS anything. ISWAP will, therefore, do well to leave Nigeria alone and even leave the entire regions of Cameroon, Niger, and Chad bordering Nigeria.

To those showing sympathy for this group by way of tactical, media, social media, financial or political support, we want them to know that the situation is past the level where citizens will say they leave them to the judgment of God. We shall do our best to make sure that such persons are exposed and made to stand first before the law courts of this world and this country before keeping their appointments with God.

My wife ran away with her lover ― man alleges in court

I am more qualified than Tinubu, Osinbajo, says Amaechi