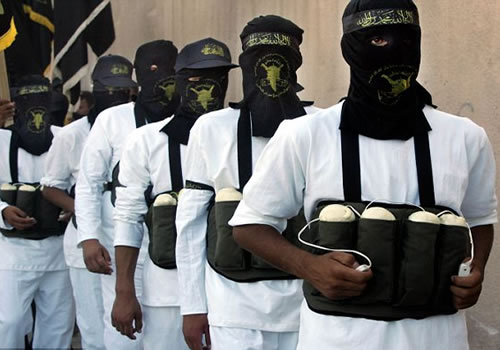 THE three suicide bombers in the deadly gun and bomb attack on Istanbul’s international airport were from Russia, Uzbekistan and Kyrgyzstan, a Turkish government official has said.

The official gave no further details beyond confirming the attackers’ nationalities and declined to be named because details of the investigation have not yet been released.

Forensics teams had been struggling to identify the bombers from their limited remains, officials said earlier.

The three bombers opened fire to create panic outside, before two of them got inside the terminal building and blew themselves up.

The third detonated his explosives at the entrance. At least 43 people, including 19 foreigners, were killed, and further 239 others were wounded.

Police carried out simultaneous raids at 16 addresses in Istanbul on Tuesday night, Anadolu reported, adding that three of the suspects were foreigners.

The raids against suspected Islamic State of Iraq and Syria (ISIS) cells were launched in Istanbul and the Aegean coastal city of Izmir.

Turkish authorities and US officials believe ISIL, also known as ISIS, was responsible for the gun and bomb attack on Europe’s third-busiest airport, the deadliest in a series of suicide bombings in Turkey this year.

Nine suspected fighters, thought to have been in contact with ISIL members in Syria, were arrested in dawn raids in four districts of Izmir, the news agency said.

It said they were accused of financing, recruiting and providing logistical support to the hardline group.

Turkey is part of a US-led military coalition against ISIL and home to around three million refugees fleeing the five-year civil war in neighbouring Syria.

ISIS has established a self-declared caliphate in parts of both Syria and Iraq, and declared war on all non-Muslims and on Muslims who do not accept its version of Islam. It has claimed responsibility for similar attacks in Belgium and France in the past year.

Al Jazeera reported from Istanbul that the attack “does bear all the hallmarks of ISIL”, but added Turkish and international officials had not yet provided evidence “connecting the dots”.

“This kind of reaction in the past has not been able to stop attacks,” he said. “Moving forward, as far as the Turkish population is concerned, they want to see an improvement in intelligence gathering.”