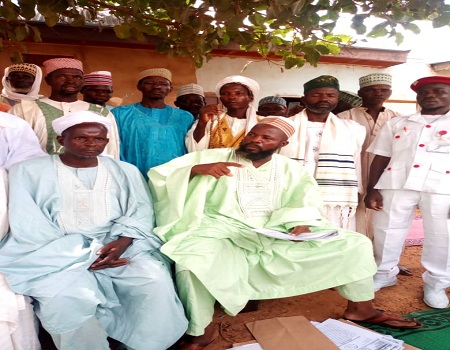 An Islamic organization named Islahiddini foundation of Nigeria has appeal to Nigerian Police Force, Sokoto State Command, to stop intimidating its members as well as reopened their mosque located in Bodinga local government area of the State.

Speaking at their National Secretariat office in Sokoto, the national president of the association, Malam Umar Liman Gidan Buhari, Shagari, disclosed that the organization built the mosque after collecting all necessary documents.

He said the organization is wholly Islamic with respect to the rules and Sunnah guiding the religion and not for public disturbance and infringement of human rights of any citizens.

He further disclosed that the closure of the mosque is against the rights of members of the association and called on the State Commissioner of Police, CP Ibrahim Sani Kaoje, to urgently reopened the mosque.

According to the President, “you may recall that our devoted members pooled and built a mosque at Bukutu village, Bodinga local government, where five daily prayers would be observed.

“After following due process, the mosque was commissioned, but, to our dismay, sooner after commissioning of the mosque, the CP, ordered for the closure of the mosque allegedly on the instructions of the Sultan of Sokoto.

“However, in our meeting with the Sultan on 3rd of September, he denied ever instructing police to close our mosque. He clearly and unequivocally informed us that he was not aware of the closure of the mosque whatsoever”

He, however, called on well-meaning Nigerians to appeal to the state Commissioner of Police, CP Ibrahim Sani Kaoje, to reopen the mosque and allow peace to rain.

He warned that failure to do so will result in peaceful public protests by the members across the state, saying, they will make use of all legal process including Court process to get mosque to reopen for use.

Reacting, the Police Public Relations Officer (PPRO), Muhammad Sadiq, who spoke on behalf of the CP denied knowledge of the closure of any place of worship in the state.

He, however, promised that the command will look into the allegations and make its findings know to the people of the State.