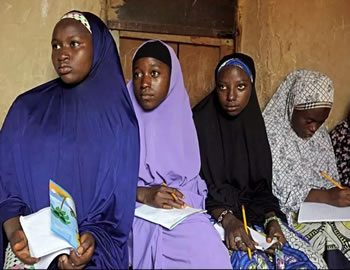 THE Christian Association of Nigeria (CAN) has met with Acting President Yemi Osinbajo to protest the inclusion of Islamic Arabic Studies into secondary school curriculum without providing for Christian Religious Knowledge as tending towards an islamisation agenda.

Led by its President, Rev Dr Samson Olasupo Ayokunle, the association said in a meeting with Osinbajo at the Presidential Villa, Abuja that the action was a time bomb which must immediately be diffused.

In his address at the occasion which was made available to the media in Abuja on Thursday, Ayokunle, who regretted the removal of religious studies from secondary school curriculum, described the move as obnoxious, divisive and ungodly.

He told the Acting President: “We are here to point your attention to a time-bomb, obnoxious, divisive and ungodly secondary school curriculum that the Federal Ministry of Education is introducing into our schools and of which we had earlier complained to the Presidency.”

He said the first attempt to introduce it had been suspended following CAN’s protest but had now been brought back.

While noting that a state had already started its implementation, the CAN president said it was “an ill-wind that blows nobody any good for so many reasons.”

He added that in this curriculum, Islamic and Christian Religious Studies will no longer be studied in schools as subjects on their own but as themes in a civic education, adding that Islamic studies had however been made a compulsory alternative subject to French for students in sections of the curriculum.

CAN argued that since French teachers were scarce in the country as against a glut of Islamic teachers, Christian students would be forced to take Islamic Arabic Studies.

The association stated: “As prophets to the nation, we demand a complete withdraw and ban of this curriculum. If allowed to be implemented, it would lead us to a godless nation with violence and all forms of ungodliness as the order of the day.

“Furthermore sir, this curriculum went ahead to introduce Islamic Arabic Studies in another section together with French and made one of the two compulsory for the student.

“The implication is that Christian students would have no choice than to study Arabic. If a Christian student voluntarily goes to study Islamic Arabic Studies, there is nothing bad in that because some of us in both religions had done that before for better understanding.

“However, where the student is tactically forced into studying it because the alternative subject does not have teacher to teach it, it is a great problem tending to islamisation.

“Is this not a divisive curriculum that can set the nation on fire? Is this fair to millions of Christians in this nation?

“A Christian student in a secondary school in Kwara State had the body lacerated with cane by the Arabic teacher because the pupil refused to do Arabic Studies when French teacher was not available and Christian Religious Knowledge, Hebrew or Greek were not part of the options at all.

“If we are going to do pilgrimage together as a nation, there must be fair play, mutual respect for one another and justice which can be brought about by different arms of government.

“We demand for justice from the government on this matter very quickly.

“We would request for a return to the curriculum we were using before this dangerous one which did not produce insurgents or a wrongly indoctrinated Nigerians. A stitch in time saves nine.”