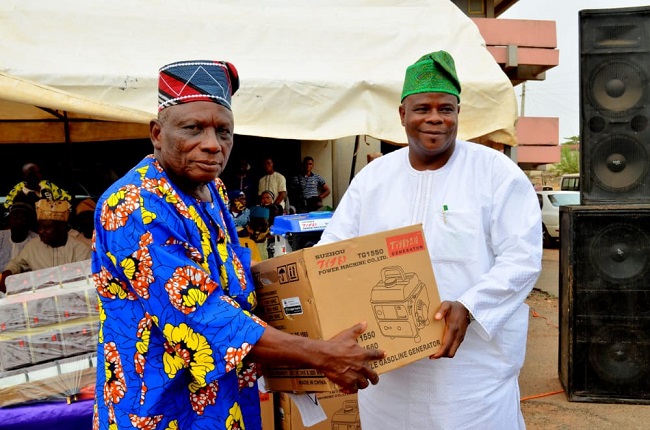 In line with his vision of giving priority to the empowerment of youths and their development in order to put them in better stead to assume leadership of the country in the nearest future, the caretaker chairman of Iseyin Local Government Area of Oyo State, Hon. Abilawon Mufutau Osuolale, recently empowered 200 youths across his local government last week.

Osuolale during the empowerment distributed 10 portable generators, electric charging boards/ circuits and clippers in addition to cash empowerment to 200 of the youths in his local government.

Speaking to the beneficiaries, Osuolale enjoined them to make judicious use of what they were given so that they can also be financially independent and upright citizens that contribute to the development of their community. 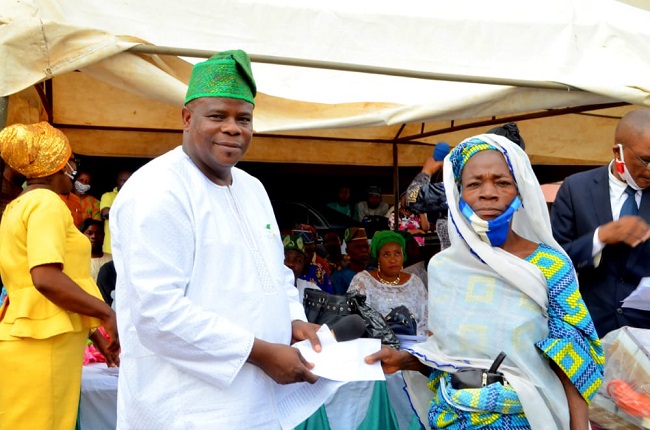 “We enjoin our youths to make judicious use of these items in order to improve the economy of the town,” he stated, emphasising that in the 15 months of his administration, he and the committee members, as well as career officers, have been able to improve the lives of their people.

According to him, they had embarked on constant rehabilitation of township roads to allow for free movement of goods and farm produce within and outside the council area and had constricted boreholes in Ode Olomu, Bode Isalu, Anjorin community, Oju Sango, Ekunle, Aduke Alao street, Opopo-Oloro and Isalu community among others.

He explained that his administration engaged in an agricultural revolution by exposing local farmers to modern agricultural techniques while they also gave moral and financial support to existing primary and post-primary institutions in the local government area as well as corp members posted to the state during their orientation camp in Iseyin.