Arts and Culture
By Akintayo Abodunrin On Jul 5, 2020 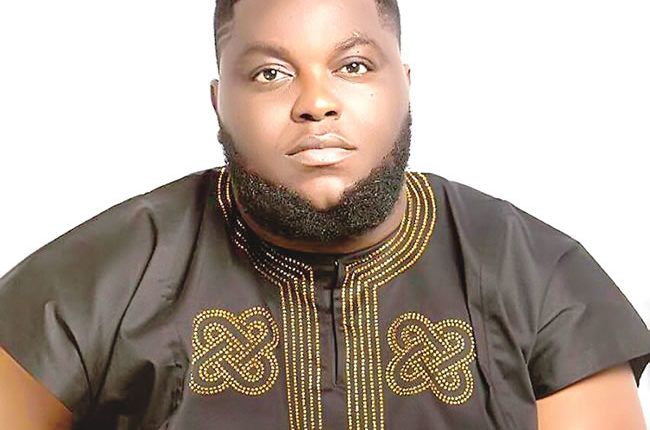 The Project Fame alumnus and father of two releases his debut album entitled Love and Heartbreak.

‘Love and Heartbreak’, a nine-tracker with a mix of different genres but in the general category of RnB and Afro beats, was released on Thursday, July 2.

In a brief online chat, the artist who does R&B, soul, swing and Afrobeats, affirmed that contrary to previous reports, it was indeed his first album.

“’Love and Heartbreak’ is my first ever album after releasing a lot of singles. There’s music from before on the collection and new music. I’m still really just serving sweet mature music as always.”

Though he now lives in the United States and could well explore other fields like Nigerian entertainers have done, Geralds remains committed to a career in music.  “I’m still very committed to my music career. It’s music or nothing for me, and I’m so blessed to be able to transition my career,” he said.

That undying commitment to music is one of the reasons behind the new album and why he continues to collaborate with colleagues to produce good music, even on this new work.

He disclosed that: “There are several collaborations on the album. I’ve been blessed to have a couple of friends in the industry, and I always think of how well people will fit on songs and reach out to them. I have Iceberg Slim, Tiwa Savage, Sound Sultan and Stan Iyke among others on the album.”

On how Americans are responding to his music, the singer said, “The truth is that my music is universal. It was a blessing for me to have such wide acceptance on this side of the world. I also started a collective called ‘Horns and Harmony’ with amazing saxophonist Shola Iyiola and we have put up a couple of sold-out shows.”

Like other creatives, Geralds has felt the effects of the disruptions caused by the COVID-19 pandemic, which has affected over 10 million people globally.

“The pandemic hit the world hard, and like everyone else in my line of work, we’ve had to take our business online. It’s been pretty challenging, but the goal is to come out on the other side of COVID alive and better than before.”

Continuing, the artist who resigned a plum job to feature in Project Fame in 2011, said the pandemic-induced break could be beneficial.

He noted that it “will be a good time to evaluate all that has been done before now and see how to get better at it, especially with performance and learning a skill as well as focusing on other important aspects of life.”

Explaining the impact of fatherhood on his outlook, the artist said it had broadened his view. “Fatherhood has just made me appreciate the world a lot more, puts the burden of responsibility on me and gives me a broader view of life. I’m grateful to be able to raise two boys and the impact of myself into them.”

You may have done songs on women who don’t make up their minds quickly about their love interests. Would that be said to have been based on your personal experience? One posed to him?

“No, it’s not from personal experience. The only songs that are personal are the ones I wrote for my wife ‘Ewaoluwa’ and ‘Thank God for you’ which I wrote for her when she gave birth to my son Jason.”

Though now in pastures new in the US, Geralds said he would not relent in projecting his music. “My music has no boundaries. In or out Nigeria, my drive is the same: to get my music to the world as far as possible. The drive is just more intense.”

Who flies APC flag in Ondo?