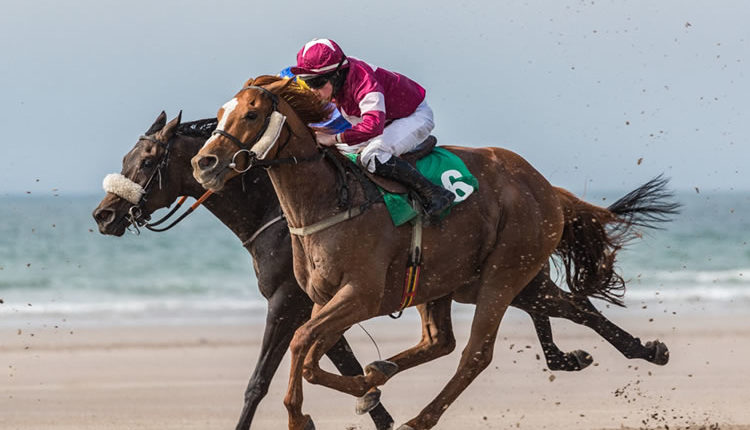 With just a month to go until the 2021 edition of the Cheltenham Festival, the anticipation for the iconic Prestbury Park meeting is rife. Many punters have already started scouring the form guides and searching the internet in hope of finding the best odds, tips, offers and so on.

Of course, as the countdown to the Festival continues, people will turn their attention to the recent racing results for a good indication of current form, and the stocks of the likes of Kemboy, Honeysuckle and Monkfish have continued to rise with respective victories in recent weeks.

Another horse who has caught the eye with an impressive win of late is the Gordon Elliott-trained Quilixios. The four-year-old is now three for three since joining the Irish trainer’s stables from Francois Nicolle’s French yard, and as a result he is now heavily fancied to win the Triumph Hurdle in the Cheltenham day 4 odds and tips.

There was a 225-day break between Quilixois’ first outing under the guidance of Nicolle and his inaugural race for Elliott. However, he showed little rust as he romped home 13 lengths clear of Scholastic in a 3YO Hurdle at Punchestown last October.

There was a quick turnaround for the young horse as well, as he featured at Down Royal later in the month. Quilixoisset off in the 3YO Hurdle as the hefty 1/16 favourite and it was with little surprise that there were some 20 lengths between him and Varna Gold.

However, it was his most recent victory at Leopardstown that has got chins wagging. Quilixios once again prevailed on his favourite status to win his first Grade 1 race, the Ireland Spring Juvenile Hurdle. Saint Sam set the pace for much of the race, but Quilixioswas quick to close the gap and he led around the final bend towards home. From there he stamped his authority, racing well clear of the former race leader before racking up a five-and-a-half length victory over Saint Sam.

“That was brilliant. He did it very well,” jockey Jack Kennedy said of the efforts of Quilixios. “He jumped great, although he made a little mistake at the third-last when I was asking for a big one to get a bit closer to Danny (Mullins on Saint Sam) but he did it well in the end.”

Quilixios’ odds of winning the day four opener have now been slashed in half from outwards of 10/1 to around 5/1, and punters are now starting to question whether they should back his stablemate and market leader Zanahiyr(5/2), who was once the outright favourite, or Quilixios.

Of course, it is certainly a good situation for Elliott to be in. His horses lead the way in the market, and whilst it’s difficult to decipher between the two, you’d have to fancy one of them to race home in first. Alternatively, the Irish trainer could look to reroute Zanahiyr completely and enter him for the Supreme Novices’ Hurdle, where you could back him at 20/1 with up to £50 in free bets for Cheltenham.

Whilst Elliott holds the aces, it’s a headache for the punters. It’s worth noting that Zanahiyris also three for three since a switch to Elliott’s yard last year. However, Quilixiosdoes have a slight advantage as he has won at Grade 1 level already.

If the pair are to go head-to-head in the Triumph Hurdle, then we’d be swaying towards Quilixios. He has raced more recently than Zanahiyr, whose last outing was on Boxing Day, whilst he had already nabbed a win a Grade 1 level. But we wouldn’t be surprised to see Zanahiyrswitched, which would almost certainly make Quilixiosthe massive favourite in the Triumph Hurdle betting.

UPDATED: UN, WHO, UNICEF, others hail arrival of COVID-19 vaccines in Nigeria