Is Iheanacho at Risk of Falling out of Favour at Leicester City? 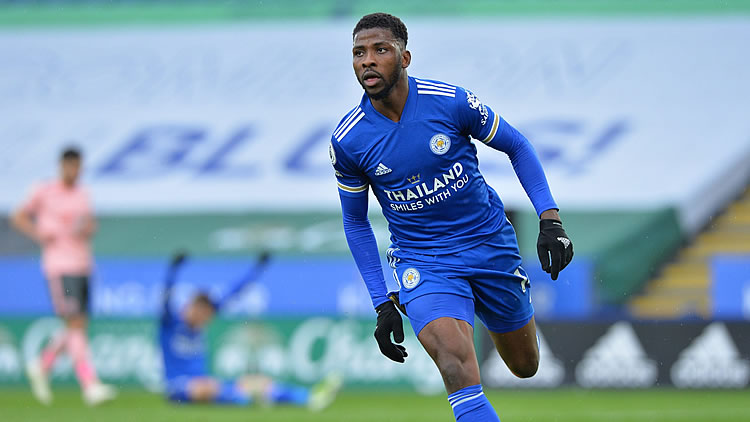 Kelechi Iheanacho is one of the world’s most promising Nigerian footballers and has been regarded as such ever since he first broke into the Manchester City team. However, the striker hadn’t had a consistent run of games within his career in which to prove his abilities until last season. In 2020-21, the 24-year-old became a key cog for Leicester City and bagged 12 league goals. Goal notes how this was a personal scoring record for the player. Now, though, it looks as though he may have fallen down the pecking order once again.

Leicester are one of the most exciting teams in the Premier League and have shown, time and time again, that they have the gall to challenge the wealthy elite. After battling for a fifth-place finish last time out with 66 points, manager Brendan Rodgers is hoping he can take his side one step further this time around and break into the Champions League spots this year.

The odds are promising according to the bookmakers: presently, Leicester are staked at 5/1 to finish in the top four this term with Bet365, a site that has earned plaudits from BetFromAfrica.com due to its competitive welcome bonuses and range of offerings. Impressively, Iheanacho is currently at odds of 50/1 to be announced the top goalscorer of the English Premier League 2021/2022 season, according to the outright betting markets. In terms of specials, Iheanacho is 80/1 to be hailed the PFA Player of the Year.

To achieve big things, the manager has realized that he constantly needs to refresh his team and encourage competition for places in all areas of the pitch. One of the latest recruits at the King Power Stadium is PatsonDaka, a fast-paced forward who may end up acting as a long-term successor to Jamie Vardy – according to Leicestershire Live. In the early stages of the campaign, the Zambian failed to make much of an impact. However, he does impose a long-term threat to Iheanacho’s place in the side. This is because he may be better suited to Rodgers’ favored system in which Vardy operates as the main man up top.

Rodgers Doesn’t Seem to Have Complete Faith in Iheanacho

Towards the end of the last season, it seemed that Iheanacho was starting to make a name for himself as one of the first players on Rodgers’ team sheet. The Nigerian managed to put together a long run of successive starts in the final furlong and represented the chief goal threat for the Foxes in that time.

The problem is, one of the main reasons why the Super Eagles star broke into the team in the first place was due to Harvey Barnes’ injury, which saw the Englishman miss the last three months of the 2020-21 campaign. Without the attacking midfielder, Rodgers opted for a change of shape in the final third, and this made room for Iheanacho.

Now that Barnes is back from the treatment room, the Northern Irish tactician has reverted to his preferred format. In this system, Iheanacho is mainly awarded playing time from the bench. This seems to suggest that Rodgers doesn’t have complete faith in Iheanacho’s ability to operate in his optimum strategy. Unless there’s another long-term injury to a key attacker, it could mean that Iheanacho’s period of high achievement at Leicester has come to an end.

Iheanacho is at a crucial stage of his career, where he could make the next step up to greatness or risk fading away. The sharpshooter proved that he could be the main man last term, and he could easily walk into several other top Premier League sides. If Iheanacho doesn’t get more playing time under Rodgers soon, it may be more beneficial for him to seek a move away from the club in the January transfer window.

Who are the UCL Group Stage Favourites?