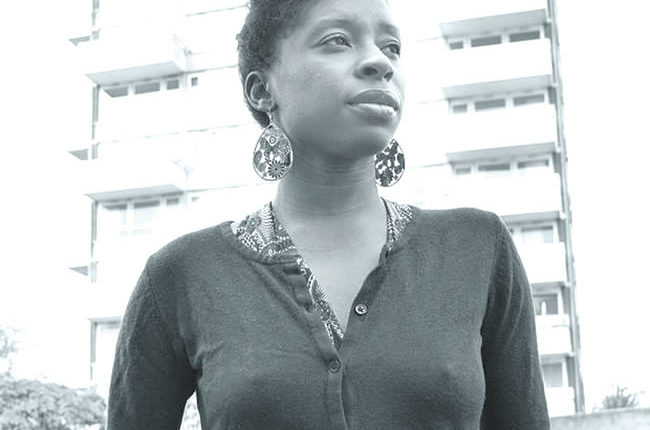 LONDON-BASED Nigerian writer, Irenosen Okojie, has been declared the winner of the 2020 AKO Caine Prize for African Writing.

She was declared the winner of the £10,000-award on Monday afternoon for her short story, ‘Grace Jones’, which was described by the judges as “a radical story that plays with logic, time and place”, and as “risky, dazzling, imaginative and bold”.

Irenosen said her award will give her extra confidence as a black, female experimental writer hitherto “operating on the fringes”.

The chair of judges and director of The Africa Centre, Kenneth Olumuyiwa Tharp, said Irenosen’s story is “full of stunning prose; it’s also a story that reflects African consciousness in the way it so seamlessly shifts dimensions, and it’s a story that demonstrates extraordinary imagination. Most of all, it is world-class fiction from an African writer.”

The winning story, ‘Grace Jones’, is centred on a traumatic experience that shapes the life of a woman who impersonates the celebrated Jamaican model and singer, Grace Jones.

The work has been praised for exploring “the particular experience of being Black and African in a global city such as London.”

“I write weird experimental fiction. And I think it’s really important to centre experimental fiction by a black woman like myself, because for a long time, I felt like I was operating on the fringes. People were often quite surprised by my writing, just in terms of subject matter and style,” she told The Guardian.

“I’m predominantly passionate about writing about black women, and for me it doesn’t just mean black women from Nigeria,” Okojie told the British Broadcasting Corporation. “I think blackness is fascinating, especially cross-culturally.”

The Caine Prize is an annual literary award for the best original short story by an African writer, whether in Africa or elsewhere, but published in the English language.

The prize was launched in 2000 to encourage and highlight the richness and diversity of African writing by bringing it to wider audience internationally.

Irenosen was shortlisted for the prize alongside Chikodili Emelumadu, Jowhor Ile, Sugo Anyadike and Remy Ngamije.

Born in Nigeria, Irenosen at the age of eight years moved with her family to Britain where she attended Gresham’s Boarding School in Holt, Norfolk, before going on to St Angela’s Convent School in east London, and then to Stamford Boarding School for girls.

She returned to London to complete her education and then attended the London Metropolitan University, where she studied Communications and Visual Culture.

Ms Okojie is currently an Arts Project Manager and curator based in London.  In 2018, she was elected as a Fellow of the Royal Society of Literature.

Beyond her three published books, her work has appeared in notable platforms, including the New York Times, the Observer, The Guardian, the BBC and the Huffington Post.

Her debut novel, Butterfly Fish, won a Betty Trask Award in 2016. She is also a contributor to the 2019 anthology New Daughters of Africa, edited by Margaret Busby.

Her 2016 collection of short stories, Speak Gigantular, was shortlisted for the 2016 inaugural Jhalak Prize as well as the 2017 Edge Hill Short Story Prize. Her story ‘Animal Parts’ was nominated for a 2016 Shirley Jackson Award, and her short story ‘Synsepalum’ was broadcast on BBC Radio 4 to celebrate the BBC National Short Story Award 2018.

Irenosen is the 21st winner of the Caine Prize since its inception in 2000.

‘She became a thorn in the flesh after she moved into my house with her 5 children; stole my land documents’