•May seek legal redress against FG 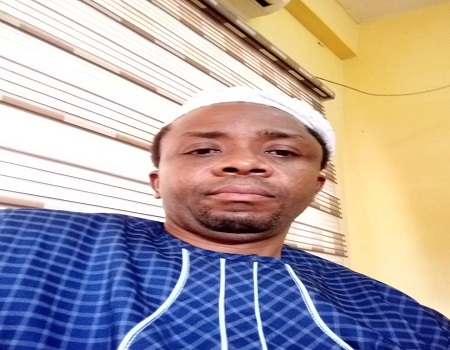 The Senior Staff Association of Nigerian Polytechnics has raised the alarm that The Integrated Payroll and Personnel Information System (IPPIS) has turned out to be an instrument of torment rather than a tool for addressing issues of lack of transparency, ghost workers and over-bloated overhead costs, among other things.

In a terse statement made available to the Nigerian Tribune by the national president of the association, Mr Adebanjo Ogunsipe, the association said its expectations and hope of improvement in the system had been dashed as the payment platform had increased workers’ woes rather than assuage them.

IPPIS is an Information Communications Technology (ICT) project initiated by the Federal Government of Nigeria to improve the effectiveness and efficiency of payroll administration for its ministries, departments and agencies (MDAs).

The Nigerian Tribune recalls that the Academic Staff Union of Universities has stoutly resisted the federal government directive that university lecturers enrol on the platform.

“It is with a great constraint that the union is addressing the public on the issue of IPPIS. We believe that there is no perfect system in the world and our hope of improvement as time passes by has been dashed,” Ogunsipe said.

According to the SSANIP president, since the polytechnic came on board in February 2020, “it has been a continuous tale of woes without any hope of improvement in the near future.”

He particularly decried late payment of salaries as one of the things brought about by IPPIS.

“We kept quiet for this long giving time for improvement, but it appears the IPPIS office lacks the capacity to deal and cope with the quantum of work or, how would one explain a situation where almost half of our members are yet to receive their April salary almost three days after disbursement and half of another month?” He wondered.

He said the association welcomed IPPIS “with great hope” as a tool for correcting perceived problems of ghost workers, over-bloated overhead costs by some chief executives and high-handedness in some places.

“But the experience in the last three months has proved us wrong. The IPPIS has turned to a monster and a weapon of inflicting untold hardship on our members,” he lamented.

Ogunsipe listed cases of outright ommissions and non-payment of salary, high tax regime, shortfalls in salary, compulsory enrollment into the National Housing Fund (NHF), non-deductions of third party remittances such as cooperatives and non-remittance of the union check-off dues deductions, which he said is crippling union activities in all the chapters.

The SSANIP president hinted that the association might consider seeking legal redress against the authorities for the pains inflicted on its members.

“While we are linking up with other sister unions to address these various lapses, the union will not stop at anything to redress all these shortcomings even if it involves seeking redress and claiming damages from the appropriate authorities for the injuries and pains inflicted on our members.