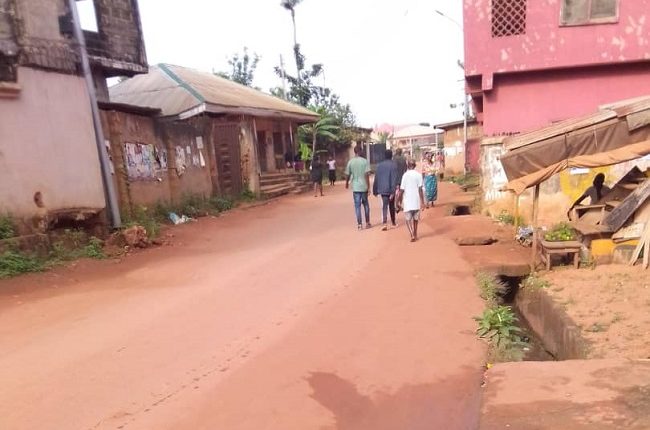 People living in Anambra State have continued to lament the negative impacts currently experienced as a result of the continued every Monday Sit-at-home order by the Indigenous Peoples of Biafra (IPOB) to press for the release of their leader, Mazi Nnamdi Kanu, from DSS detention, noting that their lives and businesses have been on hold.

Kanu appeared before Justice Binta Nyako-led Federal High Court sitting in Abuja on Thursday, as he was produced in court by the Department of State Services (DSS).

The IPOB leader was rearrested in Kenya and repatriated to Nigeria in July to continue his trial.

Kanu was first arrested and prosecuted in 2017 by the Nigerian government for agitating for Biafra. He was released the same year by Justice Nyako, but he jumped bail and left for the United Kingdom

Those who spoke to Tribune Online described the rift between the Federal Government and the IPOB leadership as counter-productive to the welfare of the Igbo.

This is even as they blamed the ugly situation on the insensitivity of the South-East governors and political leaders, who they accused of doing nothing to secure the release of the IPOB leader, from detention on time.

Tribune Online observed that the every Monday sit-at-home “ritual” often forces traders to lock up their shops to avoid being looted by hoodlums.

A housewife, who refused to mention her name for fear of the unknown, told our reporter, who visited Amawobia Market, in Awka South Local Government Area of the state, to ascertain the situation, that close to four months, IPOB sit-at-home home order had caused a high rate of pickpocket, armed robbery, housebreaking and entry, cultism and other crimes in the state.

According to her, because of the situation, the majority of people who are not salary earners now buy already made akara and akamu to feed themselves and their children.

She appealed to the Federal Government to release Kanu, to set residents in Anambra and the entire Igbo region free from the financial, political and social-economic cage the agitation had confined them.

An Onitsha based photographer, Mr Chinoso Mike, said that “the situation has affected us a lot. It has a negative impact. The only gain is suffering and smiling. I advise the group to stop using violence in the struggle for the Biafra actualisation.”

According to him, now that Nnamdi Kanu had appeared before the Abuja High Court, he should be released for the sake of the innocent citizens.

Tribune Online observed that the sit-at-home order was totally complied with as banks, markets, transporters, filling stations, streets and compound shops were all under lock and key across Awka, Nnewi and Onitsha metropolis.